Apple knows 5G is about infrastructure, NOT mobile phones 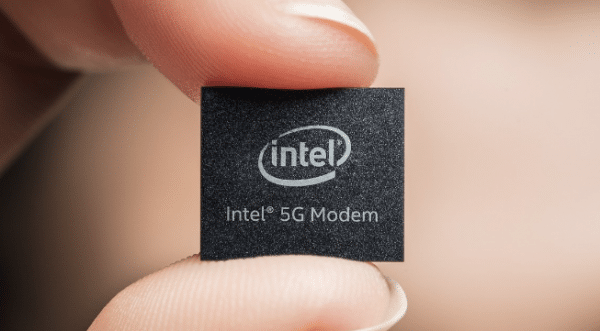 With Apple shares down more than 20 percent from their all-time highs of only a few weeks ago, writers are piling-on about what’s wrong in Cupertino. But sometimes writers looking for a story don’t fully understand what they are talking about. And that seems to me to be the case with complaints that Apple is too far behind in adopting 5G networking technology in future iPhones. For all the legitimate stories about how Apple should have done this or that, 5G doesn’t belong on the list. And that’s because 5G isn’t really about mobile phones at all.

Back to 5G, I ran across this story about Apple being at a disadvantage to Samsung and others when it comes to introducing phones with 5G support. The gist of the story is that Apple is waiting for Intel to finish its 5G chipset while the other vendors are sticking with Qualcomm’s part that is already available. So Apple’s first 5G iPhone won’t appear until 2020 while Samsung’s will be out in 2019.

Apple and Qualcomm are in a $5+ billion legal dispute over claimed royalty evasion and IP theft, so it shouldn’t be surprising that Apple is trying to find alternate silicon suppliers. And Intel is somewhat delayed in its 5G roll-out. That all makes sense. But where I have a problem is with understanding how Apple is somehow at a strategic disadvantage by not having 5G in 2019.

5G networks aren’t here yet. They are close to being ready, but won’t start rolling-out until next year and most 5G networks won’t be available nationally until 2020 -- just about the time Apple will be shipping its first 5G iPhone. So Apple’s a little behind, but not much really given the network build-outs still to happen. It’s hard to see much of a story here, frankly.

But it’s actually worse than that, because this story presumes that 5G support is somehow vital to mobile phones. It isn’t.

The first iPhone had 2G networking at a time when 3G networks were emerging, so we’ve been here before. But what’s different this time is that there’s little functional difference between 5G and the current 4G LTE (Long-term Evolution) networks we currently use.

Yes, there are myriad technical differences between 5G and LTE. 5G is way faster -- at least 20 times faster than LTE. But the important question to ask here is why that speed difference matters for mobile phone users? It doesn’t. 5G is no killer app.

Remember that a killer app is an application so valuable to users that it justifies by itself buying the hardware upon which it runs. The original personal computer killer app was VisiCalc -- the first spreadsheet.

What, then, does 5G enable mobile phone users to do that they can’t do today? I can’t think of anything. Sure, 5G will have us sharing 20 gigabits of bandwidth where LTE allows us to share just one gigabit, but what do we do that actually requires that kind of speed? Nothing.

I have a T-Mobile LTE portable WiFi hotspot that always gives me at least five megabits-per-second and I’ve seen speeds of up to 27 megabits-per-second. Both speeds can support, for example, streaming video at the highest resolution my phone can offer. Netflix, Hulu, Amazon, YouTube -- they all run flat-out already. What more is 5G going to offer me?

The traditional argument in this case is that we can’t know until the network is actually up and running at which point some developer will give us a compelling new class of app that does, in fact, need that kind of bandwidth. Only this time I don’t think it is going to work that way because, as I said, 5G isn’t actually about mobile phones at all. It’s about infrastructure.

The current 5G roll-out is by far the most expensive network roll-out in wireless history. That’s because where previous network technologies generally made more efficient use of existing spectrum, 5G requires new spectrum -- lots and lots of new spectrum. Much of this spectrum has been bought-back by wireless carriers from TV license holders. We’ll see this trend continue over the next decade or so until there will be no over-the-air TV left at all. At that point you’ll still be able to watch all the same TV, but it will be over 5G, instead.

The wireless carriers are paying billions for this spectrum not just to takeover TV carriage from broadcast -- they want to take it over from cable, too. They fully expect to destroy cable TV over the next 15 years, taking not just TV viewers but also the even more important Internet users.

The whole idea behind 5G is that it will allow the wireless carriers to totally eat the lunches of wireline telephone, cable and Internet service providers while also supplanting broadcast TV.

5G is truly the one network that will rule them all.

All networking will be wireless and truck rolls will end forever. No more cable guy.

This is pretty much inevitable. I remember explaining it to a crowd of PBS programmers in a meeting at Sundance back in 2002. Back then the network was spending $1.8 billion rolling-out digital HDTV and I suggested saving that money, selling the spectrum outright, and moving service first to cable and then to the Internet, using the money saved from both sources to endow PBS effectively forever. They thought I was crazy, when in fact I was only somewhat ahead of my time.

I’m sure there will be bandwidth-intensive mobile apps that take good advantage of 5G, but I doubt that any will be game-changing. Retina-type mobile displays long ago reached limits of perceivable visual difference, which is why phones had to get so big. You can make the display 4K, 5K or even 8K and on a phone it will look all the same. We can up refresh rates, I suppose, but anything beyond 144K (for those of us who aren’t teen gamers just 60K) is also beyond our physical ability to perceive as different. Or maybe we’ll have some type of retinal scan display that puts a 100-inch 8K 3D screen directly in our eyeballs, but I seriously doubt even that will require bandwidth much beyond LTE given that silicon will also improve and, along with it, video compression software.

Whatever amazing 5G mobile apps appear, the very earliest we’ll see them is 2020 or later when the 5G roll-outs are finally complete. And isn’t that when Apple is supposed to be shipping 5G phones?

See, they aren’t too late at all.

13 Responses to Apple knows 5G is about infrastructure, NOT mobile phones