Infrastructure is the missing piece to an autonomous future 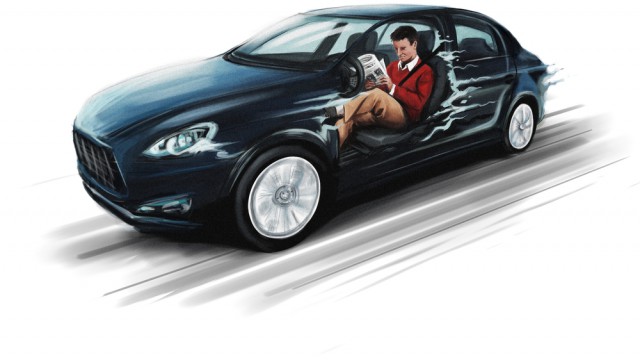 But a fully-autonomous future won’t become a reality on the efforts of vehicle development and manufacturing alone. Infrastructure updates, particularly in major U.S. cities, will be needed to accommodate these vehicles. As it stands, only six percent of these cities have a long-term infrastructure plan in place for autonomous vehicles to operate efficiently and safely. To create a safer tomorrow, infrastructure design needs to be addressed today.

Let’s start with this: for more than 30 years, American roads have been rated a D+ or worse by the American Society of Civil Engineers. One factor contributing to the decline? Cost. Increasing by double over a 15-year span, it now takes a whopping $2 million per lane, per mile to build a road. With more than 164,000 miles of highway alone, A+ roads are a tall order.

So how will we account for the infrastructure updates needed to accommodate this transportation transformation? Colorado has some ideas and is paving the way for these features by testing technology that can reconfigure lanes to prevent traffic jams and other issues. Rather than traditional concrete, this innovation calls for pre-cast pavement slabs with advanced sensors that sync with autonomous cars. The sensors can measure vehicle vibrations to predict a car’s next move, communicate directly with vehicles on the road, and alert drivers of upcoming accidents and alternate routes.

And road sensors are just the start. Lidar is a new technology that measures distance and speed through an invisible laser light that reflects off objects. Lidar, along with cameras and radar, are just some of the ways technology can keep autonomous vehicles connected with infrastructure, hopefully allowing for a smooth transition and safer communities.

Streetlights take on more than colors

Utilizing IoT (Internet of Things) technology, streetlights will communicate with autonomous vehicles about upcoming traffic patterns and when to stop, go, and slow down. Audi is the first automaker to install vehicle-to-infrastructure technology, testing it in Las Vegas. As their vehicle approaches a stop light, vehicle sensors talk to the sensors on the lights telling the vehicle how much longer it will be until the light turns green, and when the car can accelerate. This may seem like small potatoes, but it’s the first of many advancements needed to create a truly connected city.

Self-parking takes the next step

Autonomous vehicles will also decrease the time spent during the daily rush hour, specifically with parking and arrival logistics. Currently, parking in cities can be a nightmare. Garages are constantly full and drop-off locations on busy streets are less than ideal. With autonomous vehicles, though, special zones will allow cars to pick up and drop off their passengers without interrupting traffic flow. Parking garages designed for autonomous travel will also be built outside cities rather than in busy downtown districts. And since these vehicles will know when to pick up passengers, premium street parking options won’t be necessary. With these new parking options, more downtown real estate will be available for retail, public spaces and housing—while also allowing autonomous riders to get where they need to be on time.

By this point, it may be overwhelming to consider the infrastructure changes needed to accommodate self-driving cars -- to take it a step further, imagine the volume of data being communicated by these connected vehicles, streetlights, and the road itself. What happens should a car fail to stop at the appropriate time, or if street lights malfunction? The data response might trigger a chain reaction that could cripple a city.

To combat this possibility, cities will eventually need data control hubs to analyze transportation data. And while this is something humans can manage now, robots and computers will likely need to take over these tasks -- but we aren’t there… yet.

Driverless technology will add up to $10,000 to vehicle value by 2025. Just a decade later, it will drop to just $3,000; that’s affordable for most, allowing more people to invest in these vehicles. As our technology advances and users increase, the question remains: will our infrastructure be ready in time? 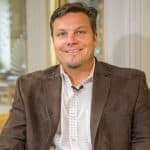 Scott McLaren is Executive Vice President and Chief Marketing Officer at Fortegra where he leads the company’s marketing and customer relationship management initiatives. A graduate of the University of Michigan with an MBA from the University of Phoenix, Scott is largely responsible for advancing the revitalization of the Fortegra brand, helping clients and consumers Experience More.