Cybersecurity statistics for 2019: The chances your business will be attacked

With every passing year, cybercrime gets worse. It makes sense: it’s lucrative. Cybercrime is estimated to be a $1.5 trillion industry, with some countries now basing their economy around cybercrime. As a result, cybercriminals are now emboldened with new technology that makes data breach attacks easier and more accessible.

With all of that in mind, you may be wondering whether your business, in particular, is likely to suffer an attack. And even though you may have seen some statistics, the answer is a little more complicated than it seems. Here are some important cybersecurity statistics that can shed some light on what you can expect in 2019.

Norton Security estimates that by 2023 cybercriminals will be stealing a total of 33 billion records a year. According to recent cybersecurity statistics from Juniper Research, half of those breaches are going to occur within the United States. Cybersecurity threats are constantly growing -- and they’re expensive. The average cost of a data breach has risen to $3.86 million, with the cost of each data record breached weighing in at $148.

According to a recent article in Forbes, analysts predict that the landscape for cybersecurity is going to change substantially in 2019, with both the manner of attack and defense becoming smarter. As companies continue to secure their systems with artificial intelligence and machine learning threat detection, cybercriminals are also adopting more advanced technology, including using adversarial machine learning.

Altogether, this significantly increases the chances that any business may experience a cyberattack. But what about your business?

By 2018, nearly 70 percent of businesses had experienced some form of cybersecurity attack, and over half of them had experienced a data breach. Moreover, 60 percent of small businesses will close within six months of a major cyberattack. Data breaches and network security threats are only expected to rise in 2019. And while the majority of threat types aren’t changing, the way these threats are distributed is.

A few of the major threats to look out for include:

Cybersecurity on the Rise

Cybersecurity analysts are moving past perimeter defenses towards behavioral analysis and network monitoring. Threats are now able to use multiple methods to get past perimeter defenses, and there are now new challenges with establishing perimeters. Behavioral analysis solutions and network monitoring are able to protect an organization’s most important assets directly, without relying upon the identification of incoming threats.

With businesses increasingly migrating to the cloud, networks are growing. Network infrastructure now includes both conventional on-premises solutions in addition to the workloads migrating to the cloud -- and often, there are multiple cloud solutions. With no network perimeter anymore, cloud security is more critical than ever.

The Likelihood of Your Business Being Attacked

We know that many businesses will be attacked in 2019, but what’s the likelihood of an individual business experiencing some form of cyberattack? Statistics are important, but they don’t necessarily apply to everyone. In truth, the likelihood of your business being attacked directly relates to your organization’s own risk. Your security and infrastructure are unique.

So how can your organization determine whether it is at risk of being attacked?

You can calculate your own risk by looking further into your organization’s probability of an attack in addition to the impact of that attack. While statistics are one thing, and they can inform your analysis, they really can’t give you a solid picture of your organization’s own vulnerability.

Ultimately, the chances any business will undergo some form of cyberattack are quite good. Most businesses and their employees encounter network security threats every day. What matters most is your threat detection system’s ability to recognize a network breach that results from a compromised personal device, phishing attack, or other advanced threat that bypasses perimeter security systems, in addition to whether your employees will be able to mobilize to remediate the attack and control the damage.

This year is going to bring with it many new challenges – and it’s likely that the economic losses related to cybercrime will be the worst ever in 2019. If you don’t want your company to be caught in the crosshairs, it’s important to stay abreast of the latest threats and continually invest in and improve your cyber defenses. 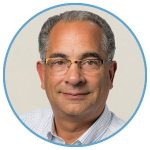 Bert Rankin is Chief Marketing Officer at Lastline. He has over 25 years of experience successfully bringing enterprise solutions to market and has repeatedly demonstrated the ability to develop market-leading brands, dramatically expand the sales pipeline, and translate customer requirements into compelling products. Prior to joining Lastline, Rankin served as Chief Marketing Officer of ThreatMetrix, where he transformed the company into the leading online fraud prevention solution.