How the tech industry is becoming more attractive to women 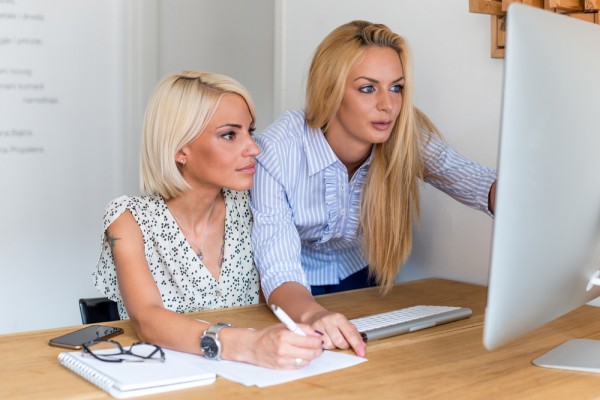 It won't have escaped your notice that today is International Women's Day. The technology sector has traditionally been a male dominated one, but it seems that efforts to attract more women are paying off.

Analysis from Eclat Marketing of speakers at last week's RSA Conference shows a 53 percent increase in female speakers, with 232 compared to 153 in 2018.

Male and female keynote speakers at RSA 2019 were also on almost equal footing, with 25 women speaking about various topics across the information security industry, compared to only eight the previous year -- an increase of 213 percent.

Additional analysis also shows an increase of approximately 160 percent in female speakers from vendor companies, up from 49 in 2018 to 128 in 2019. There was a similar 140 percent increase in the number of female-led talks from academic backgrounds.

"It is great to see the gender balance shifting in terms of speakers at RSA this year," says Carolyn Crandall, chief deception officer and CMO of Attivo Networks. "The number of women in the industry is steadily improving and we’ve more than doubled from the previously reported 11 percent in 2013. We still have a way to go but this is a great first step. We are making steady progress in turning barriers into obstacles that we are able to overcome. Change comes with time and this sends a powerful message to young women that the tides are shifting and that this is an industry where they are welcomed to join. I look forward to seeing more organizations follow suit in their support of diversity."

There's evidence that the gender pay gap is closing too. Indeed research from freelancer platform YunoJuno shows that women are out-earning men in developer roles. Women in these roles were paid, on average, six percent more than their male counterparts in 2018 (despite men earning four percent more in 2016).

It suggests the figures are partly down to a limited supply of females in the market -- with just eight percent of developer contracts going to women -- and pressure on companies to increase the levels of diversity in developer teams.

User experience and design contracts are filled 30 percent and 34 percent by women but in these areas a pay gap is still evident with women in UX roles paid three percent less and designers seven percent less (down from six percent and 11 percent in 2016).

While the gender pay gap in the freelance job market is considerably smaller than in full time employment, the industry still has a way to go to make pay consistent over the whole sector.

The gap has closed in development, however women are still struggling to gain equal representation in UX and design roles. However, on a positive, the increase in contracts going to female freelancers in this sector is one we can be proud of -- despite it lagging behind those given to men.

The talent issue in tech is ongoing and well known to the industry -- globally. There are numerous initiatives helping to attract more women into the sector, from coding groups to networking events.