The sci-fi of AI versus its intriguing reality

Here’s my question: Where the hell are all their IT people?!!

The growing sophistication of IT hasn’t made it less susceptible to breakdowns, cyber threats, and user errors. Perhaps the most unrealistic aspect of sci-fi worlds is that none of the characters submit service tickets, browse knowledge bases, or call a tech support center located on a different planet.

You might object: Won’t artificial intelligence (AI) just fix everything?

Those of us who develop IT service management (ITSM) software want to get people excited about AI -- but we have a responsibility to be honest and realistic. So, I’d like to give a frank perspective on what to expect from AI and what to treat as sci-fi for now.

Trivia question: What do you think was the most popular IT service ticket of 2018?

"Forgot password" is the correct answer. How about second place? That goes to tickets asking if it’s safe to download a file. Ever since the WannaCry ransomware scare, that ticket has become rather popular.

These two issues consume a disproportionate amount of IT’s time, but AI can’t "fix" them. The forgotten password ticket doesn’t need AI -- it needs a self-service link for password resets. Although AI might scan unknown files for risks, the AI is only as good as the data we feed it. Typically, an IT person must investigate for new, undefined risks.

Human beings are unpredictable. That’s why we outwit the machines in sci-fi movies like iRobot and The Matrix. Our incalculability is good for survival but bad for ITSM.

In the short term, AI will struggle to predict and handle IT incidents that result from human unpredictability. AI excels at pattern recognition but unpredictability, by definition, lacks a pattern. Thus, AI has a greater role to play in monitoring and acting on non-human data.

For example, some ITSM startups use AI to monitor computers, software, hardware, and components. They can prevent IT incidents by ingesting log files, analyzing them, then applying simple patches and fixes. Other applications of AI log monitoring include predicting when a system will break down. AI doesn’t just tell you that a system is broken -- instead, it predicts that the system will fail in a few hours or days. And, you don’t have to build static rules. It will discover thousands of these patterns all by itself.

The value is straightforward: if AI prevents an issue from generating service tickets, it saves human labor hours and averts productivity losses among end users. It’s not sci-fi cool, but it’s great to have.

Where human error and predictability meet

I’ve established two ends of a spectrum. On one end, human beings are unpredictable. They cause incidents that are best addressed through self-service or basic automations, not AI. On the other end, machines produce voluminous data that AI can parse for easily fixable problems. Between those extremes are the human-AI collaboration scenarios.

For example, say IT upgrades the firewall, then tickets inundate the service desk. IT admins without the full picture might treat these tickets as isolated incidents and investigate them inefficiently. An AI ally, continuously monitoring the data, could identify that the tickets are related and alert the IT admins. Consequently, they’d treat the system-wide problem.

AI could also collaborate on log errors like, "You are running out of disk space on Local Disk ____." Rather than waiting for the user to Marie Kondo her files, AI could automatically delete duplicates, and then place any file that was unmodified for, say, six months, in cloud storage.

Of these two scenarios, AI’s potential to be an intelligence service for the  service desk is the most promising. We should be excited that AI can spot patterns and systemic issues that one person would not spot in the silo of a ticket.

The price of unpredictability

Our AI fantasies might be under the spell of news. When, for instance, Google’s AlphaZero mastered chess in four hours and then beat the top-rated Stockfish chess program, AI seemed so capable! Yet a chess board limits possibilities. In the land of big data, the combinations of chess aren’t beyond calculation.

AI will not cure human unpredictability, but it will help IT people solve the complex, puzzle-like problems that make the work rewarding and valuable. IT admins will be well-employed and aided by AI, especially in those sci-fi worlds where they’re conspicuously missing.

Unpredictability isn’t bad -- perhaps it’s the price we pay to laugh, adventure, create, and do all the other weird things humans do. A sober view of human nature will ultimately make us more grateful for AI’s capabilities and smarter about tapping its fullest potential. 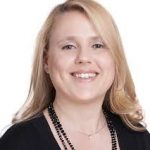 SysAid Technologies' first employee, Sarah Lahav is now CEO and a vital link between SysAid and its customers since 2003. As CEO, she takes a hands-on role evolving SysAid with the dynamic needs of service managers. Previously, Sarah was VP Customer Relations, where she began her role as #1 advocate and supporter for all SysAid customers. Besides SysAid, Sarah’s top priorities include spending as much time as possible with her three children and dancing in zumba classes!
2 Comments
Got News? Contact Us