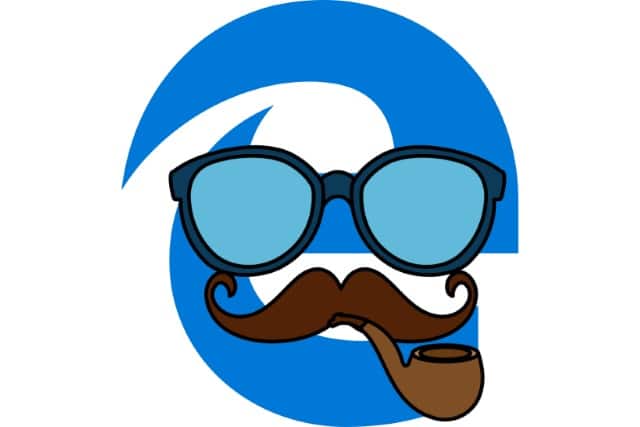 The new Chromium-based version of Microsoft Edge has generated a good deal of attention, and an intriguing feature of the browser has been noticed that makes it all the more interesting.

It has been noted that Edge switches between user agents depending on the sites visited, effectively pretending to be a different web browser. This enables Edge to take advantage of web sites features designed for a specific browser.

As reported by Bleeping Computer, the Chromium-based version of Edge can present itself as Google Chrome in order to use site features that were coded for that browser.

When Edge is launched, it downloads a JSON configuration file. Part of this file -- the EdgeDomainActions section -- tells Edge how to act when visiting certain sites. For instance, when visiting Netflix.com, Edge will appear to be Edge; but when visiting Facebook, it will switch user agent and appear to be Chrome.

Microsoft has not said anything about switching user agent, but Bleeping Computer speculates about the reasons behind it:

There are some popular sites that look better or offer better usability in a particular browser. As the new Microsoft Edge is in the unique position of having the highly supported Blink engine from Chromium, but enhanced video playbook of the PlayReady DRM from Microsoft, it can pick and choose what capabilities it wants to advertise to the site.

For example, this allows it to tell a site that it's Google Chrome if the site work better in Google Chrome browsers. This feature also may allow it to pretend to be the original Microsoft Edge when connecting to video streaming sites in order to take advantage of Microsoft DRMs such as PlayReady, which are not normally supported in Chromium browsers.

This switching enables Edge to benefit from the best of both worlds, and it could help to give it an boost with users.