The whir of a fan. This is a sound many computer enthusiasts know all too well. Whether it is a single fan in a laptop, or 12 fans in a gaming desktop, the noise can be distracting. While some folks learn to tune out fan noise (and some even end up liking it!), let's be honest, a silent PC is preferable for most. Unfortunately, passively cooled computers are often under-powered, meaning you must decide between performance and silence.

But what if you didn't have to pick? What if I told you a company is selling a mini computer with a passively cooled Intel Core i9 9900K? Yeah, you would probably think I am telling lies, but actually, it is the truth! The Compulab "Airtop3," as it is called, features that high-end processor (plus others) and does not have a fan! In addition, the edge server can be configured with an NVIDIA Quadro RTX 4000 (or GeForce GTX 1660 Ti) and is loaded to the gills with connectivity options. Not to mention, the diminutive computer looks very beautiful too. Best of all, it can be configured to ship with Linux Mint! The computer-maker further says, "Airtop3 cooling is based on Compulab’s Natural Airflow technology that stimulates airflow without moving parts – by the waste heat of the 3 major heat sources (CPU, GPU and storage devices) each having a dedicated thermal zone. The 7.5 liter housing is all-aluminium made of die-cast and extruded parts with precision machining for seamless fit, shock and vibration resistance. Airtop3 has a PCIe x16 (PEG) slot with Natural Airflow passive cooling that supports up to 160W Quadro RTX 4000 graphics card. This powerful CPU + GPU setup is effective for low latency edge analytics workloads involving image recognition, machine learning or inferencing." 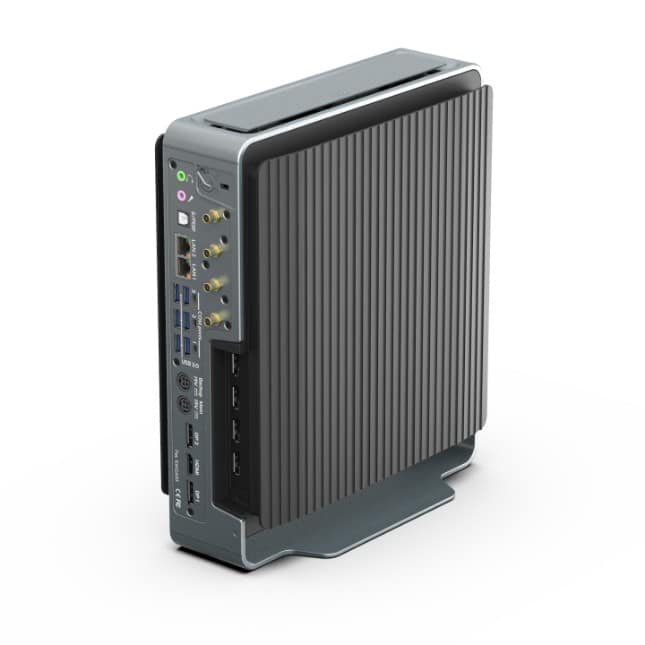 Apparently, the appetite for performance at the IoT edge knows no boundaries. We are seeing remarkable performance gains in the latest generation of CPUs and GPUs, but with great power comes greater power consumption. However, our engineers were able to improve the thermal headroom of Airtop3’s Natural Airflow cooling by over 30 percent so there was no need to settle for low power chips. This makes Airtop3 a small-form-factor fanless IoT edge server with unprecedented performance. 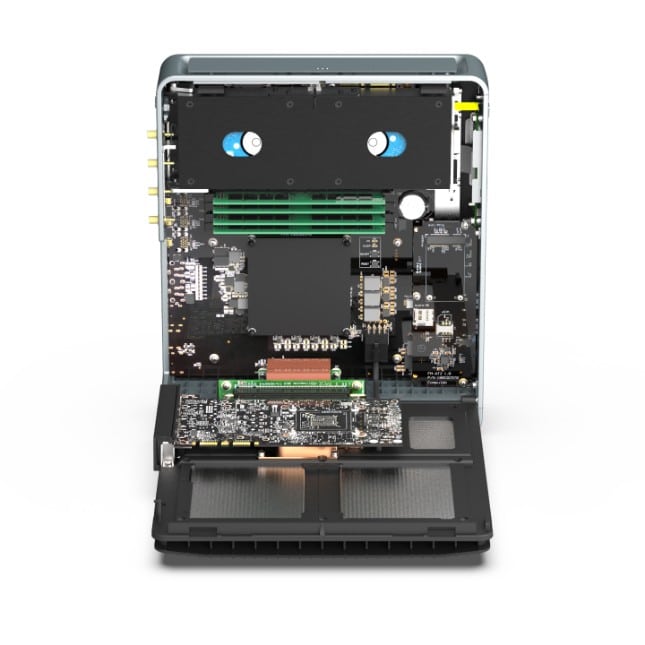 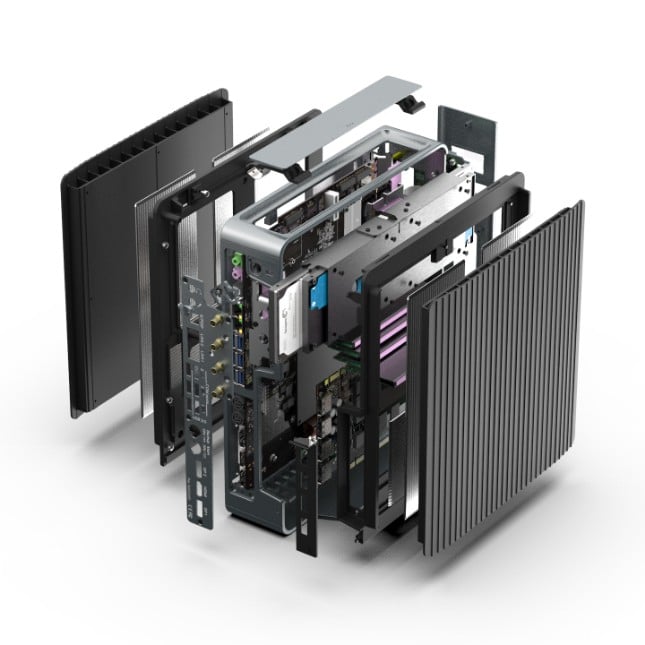 Wow. The Compulab Airtop3 reminds me of an Intel NUC... on steroids! Seriously, folks, the specs found here are incredible, and I just adore the front panel OLED screen. To have this much power in a silent machine is just amazing. While this corporate-focused computer really isn't intended for home users, there's really no reason why an enthusiast can't buy one.

If you want to configure and buy your own, you can do so here. Pricing with the Core i9-9900K starts at $1559 and goes up from there based on the components you choose. Even though my operating system pick would be the Ubuntu-based Linux Mint, you can also opt for Windows 10 (or no OS) -- if you prefer. The Linux Mint option costs just $2.10, while Win 10 Pro is $161!