Second screens could be dragging down corporate networks 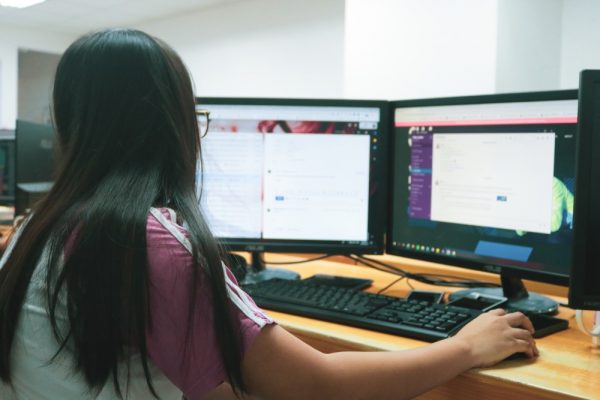 Having a second monitor is a great way of improving your productivity, but new research from network solutions company Gigamon suggests this could also be driving higher bandwidth consumption.

Of the 200+ IT professionals surveyed, 59 percent believe that second screens are, or could be, being used for non-work-related activity, like streaming music or watching videos.

"When companies offer their staff second screens, the impact this is going to have on internet traffic is unlikely to be considered," says Ollie Sheridan, security engineer for EMEA at Gigamon. "However, our study clearly shows that a lot of employees are using their screens to watch sporting events and stream music. If companies do not have the internet bandwidth to handle this, customers visiting the company's website could be impacted and their experience could be jeopardized. The second screen is a luxury, which companies may need to reconsider."

Among other findings are that 84 percent of organizations offer their employees a second screen. But 36 percent of IT professionals believe that more than half of their organization's internet-traffic is non-work-related and, more worryingly, 73 percent don't have the software in place to handle the extra bandwidth this is putting on their network.

During major global sporting events, like the current Women's World Cup, it's thought that employees will be streaming games which could put even more pressure on networks, or even topple them. The study also asked respondents which applications bring the most malware into the work place and 17 percent specified TV streaming apps.

"With so many employee personal devices being connected to corporate Wi-Fi networks and people using their seconds screens to stream content, it is no wonder IT teams are struggling to cope with the extra bandwidth this is putting on internet networks," adds Sheridan. "IT teams are advised to either implement technology which can scale to meet even the most demanding internet usage, or they need to stop providing staff with second screens. During major sporting events, it is also advisable to use large TV screens for the whole office so staff can still catch up on games but are encouraged not to stream them individually or stream from illicit websites which could create security risks."

30 Responses to Second screens could be dragging down corporate networks