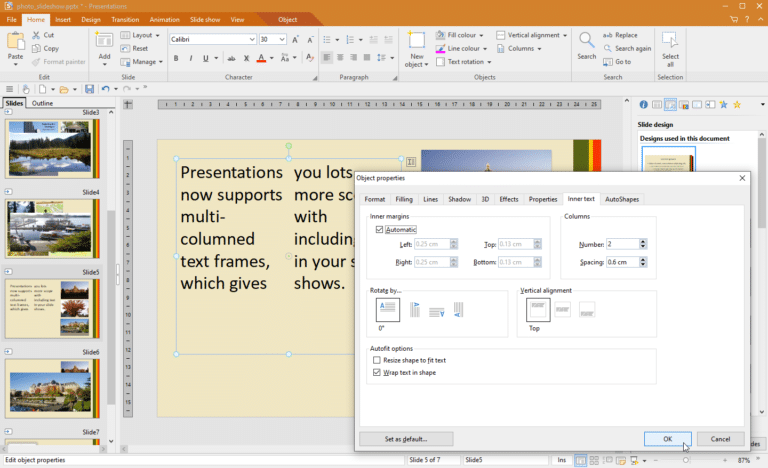 The update, which originally appeared in the commercial version of SoftMaker Office back in April, opens with suite-wide improvements to its user interface.

FreeOffice allows users to switch between a modern ribbon interface and a classic menu and toolbars look. The Anniversary Update revamps the latter with a more ergonomic feel and redesigned toolbars. In addition, new keyboard shortcuts have been added for copying, applying formatting and inserting special characters.

Other notable updates include support for negative cropping, support for TrueType Collection fonts on Linux and Mac platforms, improved keyboard handling and the ability for Mac users to drag and drop photos from Apple Photos into any of the FreeOffice apps.

FreeOffice’s word processor -- TextMaker -- receives a new database module with additional features such as the ability to view CSV files. Users also gain the ability to select a portion of text to print independently of the rest of the document.

Text frames and AutoShapes are no longer automatically inserted at a fixed size -- users now size the element using the cursor that appears before it’s created (this default behavior can be changed via File > Options).

Fields and calculations can now easily be edited simply by double-clicking them, and a new 'Fit text to window' option has been added to the View > Set Zoom menu. Users also gain the ability to quickly set compatibility flags via File > Properties > View tab (click the Compatibility… button). 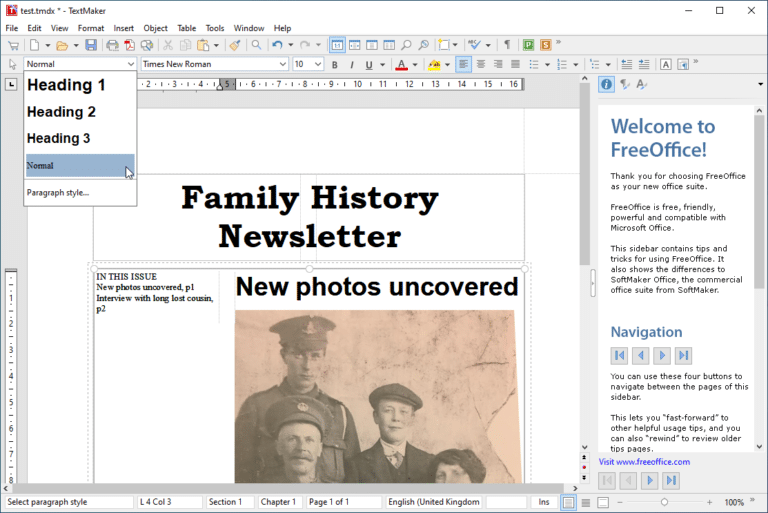 The PlanMaker spreadsheet tool also gains numerous new features, including support for the 'Precision as displayed option' to ensure calculations are continued with the visible precision of cells. A new 'Insert copied cells' option moves existing cells down or to the right to make room for pasted content.

The AutoFilter function has also been improved with new date and text filters among other changes. An import filter has also been added for OpenDocument Calc files, while almost 50 new calculation functions (primarily statistics) have also been added.

Finally, the Presentations tool gains just one -- but extremely useful -- new feature in the form of support for formatting text into multiple columns.

SoftMaker FreeOffice 2018: Anniversary Update is available now as a free download for personal and commercial use for Windows, Mac and Linux.