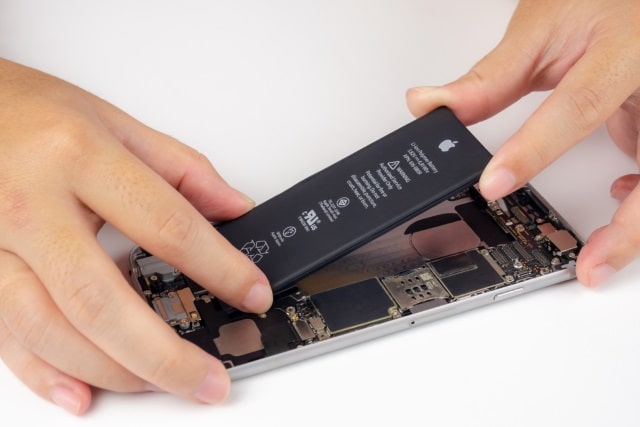 In a move that is going to prove more than a little controversial, Apple is using the Battery Health feature of iOS to strongly discourage people from using cheaper third-party batteries rather than official Apple units.

Now, if you install a non-official battery in an iPhone XS, XR or XS Max, Battery Health will display a "Service" notification that is usually used to indicate that there is a problem. Click through, and you'll see a message that reads: "Unable to verify this iPhone has a genuine Apple battery. Health information not available for this battery".

The change was first noticed by iFixit which announced the discovery by saying: "By activating a dormant software lock on their newest iPhones, Apple is effectively announcing a drastic new policy: only Apple batteries can go in iPhones, and only they can install them".

The Service message is what Battery Health usually displays when there is some sort of problem with an iPhone's battery, including it being old and degraded. However, the latest change means that the message is displayed for all third-party batteries, even if they are brand new.

It's not a bug; it's a feature Apple wants. Unless an Apple Genius or an Apple Authorized Service Provider authenticates a battery to the phone, that phone will never show its battery health and always report a vague, ominous problem.

In a video, Justin from The Art of Repair shows that Apple is now locking batteries to phones:

While it could be argued that Apple is concerned that iPhone users might install low quality batteries in their handsets, the more cynical response would be that the company is trying to scare people into buying more expensive batteries direct from Apple rather than a third party.

This is not the first time Apple has been caught blocking or discouraging the use of third-party components; similar activity has been seen in relation to replacement screens and  home buttons.