Fear and loathing in Hong Kong 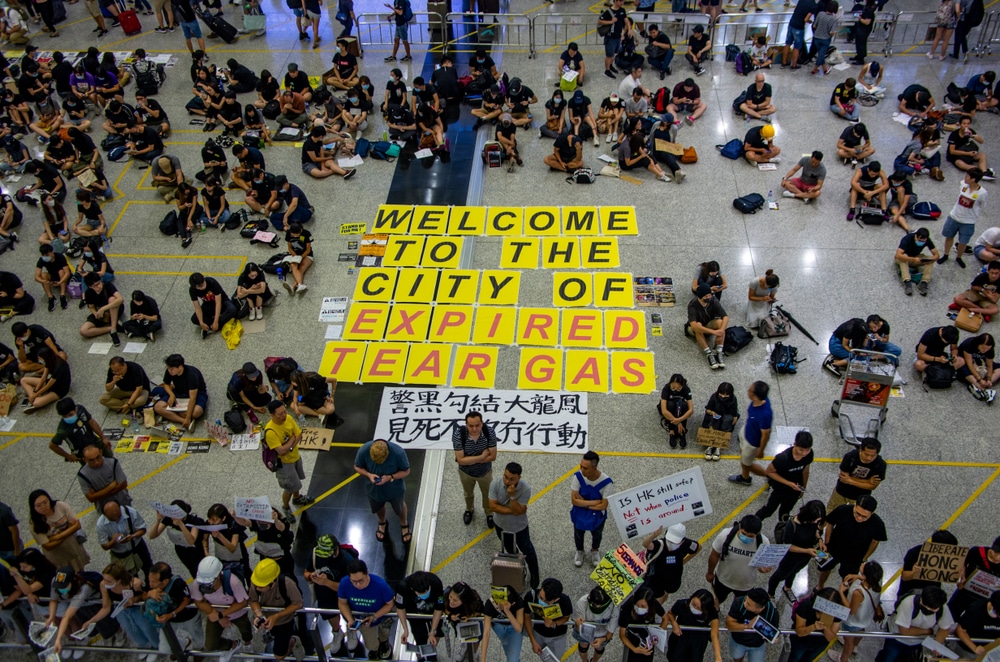 Hello from Hong Kong, that "Special Administrative Region" of the People’s Republic of China.

This amazing city is brimming with technology that makes visiting a joy. From fast Wi-Fi in nearly every shop and restaurant to ultra-cheap SIM cards (under $9 for 5 days of unlimited 4G LTE surfing), it’s enough to bring a tear to this jaded tech writer’s eye. Though, in retrospect, that may have just been lingering tear gas from the protests that rocked the city on the night of my arrival. Yes, there really is nothing like the smell of anti-riot munitions in the morning. It smells like…tyranny!

Still, there’s no debating that these Hong Kongers are a wired bunch. On the cab ride in from the airport to the downtown "Causeway" area, our driver was monitoring road closures and other protest-related updates in real-time (including live video of throngs of angry young people in gas masks and hoodies). Thankfully, the route to my hotel was clear, though a block away the streets were jam packed with residents demanding an end to the mainland’s encroachment on their side of the "one government, two systems" dichotomy.

And who can blame them? With the central Chinese authority implementing ever more draconian technical measures to control it citizens, the people of the Hong Kong SAR can see the writing on the wall. New policies, like the much criticized (by the West, at least) "Social Credit System," threaten to restrict residents’ ability to travel, get a job or even open a bank account. Shades of Running Man, that dystopian Arnold Schwarzenegger vehicle from the 1980s where citizens get "double bonus points for reporting a family member!"

Those sympathetic to Beijing will point out that Hong Kong has always belonged to China, and that the central government has been careful not to apply too heavy a hand in dealing with its "prodigal son" of a territory. However, as I strolled by the barracks for the local garrison of the People’s Liberation Army, the sounds of soldiers shouting in unison as they drilled in preparation for lord-knows-what sent a shiver down my spine (as did the steely eyed fellow with the knock-off Kalashnikov guarding the entrance gate).

In so many ways, Hong Kong feels like a city on the edge. All around me there is technology to make life easier -- from payment to ordering to delivery of nearly every aspect of a resident’s (or visitor’s) daily wants and needs. Yet, this same connectedness may ultimately be used against the people, just as it already has in nearly every major mainland city. In the month of July alone, over 2.6 million Chinese citizens were denied the ability to purchase airline tickets, and another 90,000+ denied access to high-speed rail service -- all because their "Social Credit Score" became too low after they were accused of criticizing the government or visiting the wrong websites (or walking their dog without a leash -- I kid you not).

It’s a chilling vision of what the future has in store for residents of this jewel of a city. And as I stand at the top of The Peak tramway and look down upon a shimmering neon skyline, I feel grateful to have had this chance to visit amazing Hong Kong while it was still relatively free.

6 Responses to Fear and loathing in Hong Kong