Global growth is driving a fundamental shift in enterprise IT 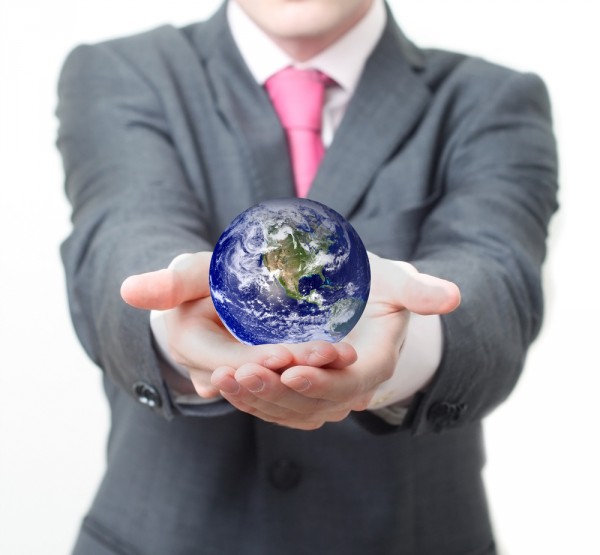 Organizations are going global and their infrastructures, thanks to the cloud, are going global as well. Today, mid-sized and even small companies are doing business on a global stage. Whether this global growth takes place by opening new offices or by acquiring them, one of the thorniest challenges is enabling collaboration between them, because it requires sharing large, unstructured data and application files across vast distances. And this task only becomes more complex and difficult as both files and the number of people who need to work with them simultaneously grow larger. This shift toward more companies going global creates a distinct need.

The traditional IT infrastructure -- one in which the corporate data center is located at the headquarters -- is not at all suited for providing collaboration with large files at scale. What's required is a new, disruptive technology category, with platforms that combine the control and performance of network attached storage (NAS) with the unlimited capacity and economy of the cloud.

The shift to the cloud

According to projections from IDC, 80 percent of data will be unstructured by 2025, existing in the form of text documents, CAD/CAM files, blueprints, 3-D images (which can be 20 times larger than 2-D images) and other massive workloads. As the edge of the corporate network creeps ever further away from headquarters, the speed at which data files can be transferred is still limited by the speed at which they can travel through the pipes, which adds unavoidable and unacceptable latency, making collaboration on the same files essentially impossible. What’s more, all offices need not only to store files, but they must also be backed up, managed and protected, a task that grows more complex with the addition of every new location.

Fortunately, all of these tasks become exponentially easier when the cloud acts as the central hub of the network. The cloud offers unlimited capacity, unmatched resiliency and access from anywhere. The ability to take snapshots and store them in the cloud also eliminates the need for costly data backup and disaster recovery solutions.

Even so, the cloud does has limitations. Cloud object stores cannot deliver the performance and control that stringent corporate IT departments demand. It's also difficult to integrate the cloud with on-premises applications, manage file access control and provide a true global file lock.

A cloud-native global file system addresses these issues and enables enterprises to use the cloud -- whether it's private or public object storage -- as the 'new disk,' much like traditional storage vendors used commodity disk drives in their hardware. The most frequently used files are cached close to the user, and file changes are sent to the cloud, where they are propagated back to other locations around the world. The result is an absolute paradigm shift. End-users get both local performance and the ability to collaborate with colleagues around the globe on the same file.

When enterprises use the cloud as the 'new disk' they no longer have to maintain expensive, on-site storage infrastructure or navigate the routine hardware refresh cycle that forced IT departments to estimate their organizations data capacity needs and buy that capacity in advance. The cloud offers unlimited capacity, and when combined with a cloud-native global file system, the two together eliminate the need for expensive backup and disaster recovery infrastructure.

Perhaps most importantly, this shift towards a global file system has dramatically changed how organizations work. Here are a just a few examples:

• Enabling a follow-the-sun software development cycle for video game production: One of the world's leading video game companies turned to Amazon Web Services’ Amazon Simple Storage Service (Amazon S3) and a cloud-native global file system. Now developers in studios in different continents can collaborate with one another when doing quality assurance testing of the day’s game builds -- massive files of software code -- as if in the same room. The ability to collaborate in real time from points all over the world enabled the company to operate with a true follow-the-sun software development cycle. This capability has radically altered how the company does business by making it possible to build and test exponentially more games in the same time period.

• Creating a client-centric global architectural design studio: One of the world's largest architecture and design firms needed designers around the world to collaborate on projects, but its WAN acceleration systems were no longer able to effectively synchronize or share the large design files used by architects today. Today, with a cloud-native global file system and Amazon S3, the firm’s more than 2,500 designers collaborate with ease on projects anywhere in the world. And because the cloud enables them to effectively keep all of their design files in one place, they can now analyze and parse this data for new business insights.

• Unleashing creative talent to better serve clients around the world: It was getting difficult for a global advertising agency’s designers to collaborate when it added additional locations in major cities around the world through acquisitions. By switching from traditional NAS and backup to a cloud-native global file system, the agency enabled its designers not only to work together more effectively, but to be more agile in its service of an equally distributed global client base. Today, the company has more than 3.2 petabytes of data in its cloud file system that global users can access immediately.

More organizations will make this transition as the need for collaboration pushes traditional IT infrastructure to the breaking point and prompts CIOs to make the cloud, not the traditional data center, the hub of the network. The future of enterprise IT is the cloud and the future is now. 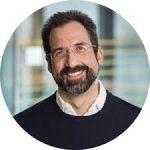 Andres Rodriguez is founder and CTO of Nasuni. He was previously the founder and CEO at Archivas, creator of the first enterprise-class cloud storage system. Acquired by Hitachi Data Systems, Archivas is now the basis for the Hitachi Content Platform (HCP). Earlier in his career, Andres was CTO at the New York Times, where his ideas for digital content storage, protection, and access were formed. He holds numerous patents for storage innovations.