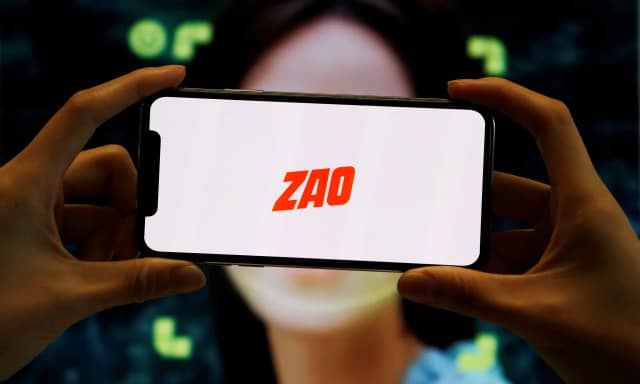 Zao -- a Chinese face-swapping app with the potential to be used to create deepfakes -- went viral over the weekend, shooting to the top of the App Store download charts. But concerns have been raised not only over the potential for the app to be abused, but also over its privacy policies.

Of particular concern are clauses which grant the developers "free, irrevocable, permanent, transferable, and relicense-able" rights over users' photos. Zao responded by tweaking its privacy policy, but complaints are still flooding in.

The idea behind the app is simple. Users are invited to swap the face of a celebrity for their own, giving them the chance to appear in big-name movies. Zao rocketed to the top of the free download charts in the Chinese App Store.

Footage generated by the app has spread on social networks including Twitter:

In case you haven't heard, #ZAO is a Chinese app which completely blew up since Friday. Best application of 'Deepfake'-style AI facial replacement I've ever seen.

Here's an example of me as DiCaprio (generated in under 8 secs from that one photo in the thumbnail) 🤯 pic.twitter.com/1RpnJJ3wgT

On the Chinese social network Weibo, the company behind the app, Momo Inc, acknowledged the privacy concerns that have been voiced, saying:

We thoroughly understand the anxiety people have towards privacy concerns. We have received the questions you have sent us. We will correct the areas we have not considered and require some time.

After a deluge of negative reviews, the problematic clause has been removed from the app's privacy policy, and the developer says that it has deleted all images that have been uploaded by users.