Boosting the sagging morale of enterprise IT team 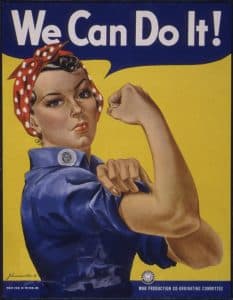 If you talk with people who work in enterprise IT departments, you are likely to sense the stress radiating from them. Demands placed on team members can be debilitating as they attempt to fortify systems against incessant threats while keeping increasingly complex networks running with speed and efficiency. And the pressure continues to mount. Something needs to change before the culture and integrity of IT departments becomes irreparably damaged.

IT departments make up the central nervous system of an organization. How healthy a company’s infrastructure is reveals a lot about it overall. If systems don’t run accordingly -- from all-out crashes to slow performance to endpoint compliance issues -- companies can’t meet their potential. In today’s fast-paced, ultra-competitive environment, this could prove fatal.

Therefore, the demand for high-functioning IT departments is significant, and it is why the current talent shortage is so problematic. There simply are not enough skilled workers to keep systems and networks operating at optimal levels. As such, overworked teams are trying to compensate for the lack of manpower with varying degrees of success. Routine tasks often fall through the cracks, which could spur a chain of negative impacts in the not-so-distant future.

For example, persistently maintaining security hygiene is not always possible for companies, given the present level of resources. One survey revealed that 40 percent of respondents believe their teams are stretched too thin to maintain hygiene for their organization, and 14 percent indicate they don’t have enough trained support to meet security requirements on a consistent basis. By sacrificing routine updates and patching, enterprises offer cyberattackers an easy way to infiltrate their networks, which can lead to catastrophic breaches that bear steep resource and operational costs.

According to another recent study, 67 percent of enterprises want to add to their full-time IT staff to alleviate strain, but a whopping 89 percent report that it is difficult to identify and attract talent with the right skills. So, as hard as IT workers strive to keep up, they generally can’t -- and employees are painfully aware that trying their best and working their fastest may not be enough to preserve their company’s infrastructure. Morale suffers, and IT team members are miserable, seeing no relief in sight.

On top of this, IT teams are not incentivized to work closely with other groups, such as SecOps, to resolve problems. They don’t have the bandwidth to spare, and it’s just one more hassle. Additionally, SecOps staff don’t always speak the same language as IT teams tasked with fixing problems. There is a lack of empathy and desire to collaborate to make necessary changes. Therefore, issues can linger for a remarkably long time.

Because companies can’t just throw more people at IT issues, they have to look elsewhere. Automation is a strong option. New solutions are hitting the market all the time to help address key problems and deficiencies. Imagine how much stress could be relieved if IT teams could offload a chunk of their most time-consuming, menial work, freeing them up to focus on more complex issues or making it easier to work with other teams.

This has happened to a certain extent on the vulnerability management front but perhaps not with the desired results. Teams are using software to increase the number of automated scans they run in an attempt to shore up systems, but instead of alleviating strain, these solutions have added more by turning up an increasing number of issues to fix. Greater volume adds to the apathy of team members. Not quite ideal.

But what if automation could not just find but fix vulnerabilities without requiring a person’s time or coding abilities? What if new technologies made it easier to break down organizational silos, such as those that exist between IT and SecOps? Solutions claiming to do this, as well as automate other tasks, are hitting the market now, but unsurprisingly, they are being met with skepticism.

Some of the resistance to automation can be attributed to technostress, or "the stress and negative psychological impact of introducing new technologies at work." Symptoms cited range from the physical (e.g., hypertension and sore muscles from perpetual tensing), mental (e.g., low morale, exhaustion, and depression) and emotional (e.g., anxiety, irritability, and less time for sustained thinking).

Technostress has become a routine part of life in an IT department, and the idea of introducing automated solutions can sometimes be just too much to handle. Workers feel like they don’t have time to learn a new system, and they fear that by automating one part of their workload, it could open the door to something unforeseen, such as the aforementioned scanning issue. As a result, new automated tools are dismissed as "bad" before they are even given a chance.

Automation will always have limits, and technostress is a very real and valid problem, but these are not good enough excuses not to move forward. Automated solutions are improving all the time. Instead of simply throwing them out or discounting them, it is worth integrating them in small doses for very specific purposes and figuring out new ways they can help as technologies evolve. If they make things better by even 20 percent (which is a low estimate based many product claims), that is still a vast improvement over today and well worth the investment.

If successful, teams will have more time to work on complex, rewarding tasks. Collaboration will increase between teams as greater balance is achieved and silos are broken down. And most importantly, stress will decrease and morale will rise as companies reduce the pains associated with hiring shortages.

It has been said that there is a fine line between fear and excitement. Automation in IT walks that line. If teams can conquer their fears that automation won’t work, that solutions will be hard to use or not worth the effort, they may be surprised and excited by exactly how much their work life and mental state will improve. Companies owe it to their workers and employees owe it to themselves to try. 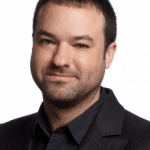 Jeff Harrell, vice president of marketing at Adaptiva, manages the company’s marketing strategies and initiatives across a growing range of products designed to assist global enterprises with pressing endpoint management and security needs. With more than 20 years’ experience, Jeff is known for his domain knowledge, creativity, and vision as well as the ability to execute. In his free time, Jeff can usually be found looking for birds through a pair of binoculars. For more information, please visit https://adaptiva.com/, and follow the company on LinkedIn, Facebook, and Twitter.

3 Responses to Boosting the sagging morale of enterprise IT team