Now there is a battery-powered Amazon Echo 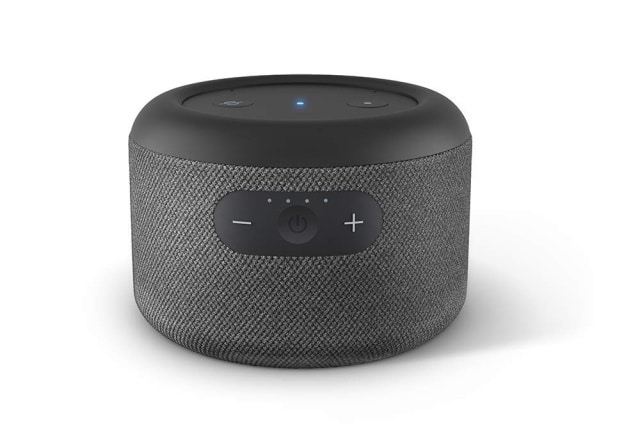 In response to customers demanding portability in their digital assistants, Amazon has launched a battery-powered version of its Echo device.

Lengthily named the Echo Input Portable Smart Speaker Edition, the device features a 4,800mAh rechargeable battery which Amazon says should be enough for 10 hours of non-stop music playback. But while the allure of using Alexa while freed from a wall socket may be strong, it could be a while until you can get your hands on a battery-powered Echo.

The bad news for many people is that the Echo Input Portable Smart Speaker Edition is currently only available in India. Normally priced at ₹ 5,999 (around $85), the device is temporarily priced at ₹4,999 (around $70). Amazon says this is a "smart speaker that comes with a fabric design and 360 degree sound". The company adds that users can "unplug the device and carry it room to room while listening to music, uninterrupted".

Amazon revealed the new addition to the Echo range in a tweet:

#JustLaunched
Feedback from our Indian customers that they wanted to carry around their Echo devices was the inspiration behind the Echo Input Portable Smart Speaker, says Miriam Daniel (VP, Alexa Devices, @amazon) #JustAsk @AmazonEchoIndia pic.twitter.com/4ckxZapaXg

For now, this is an India-only product, but that's not to say Amazon won't bring it to other parts of the world in due course. In the meantime, you can check out the listing on Amazon India.

8 Responses to Now there is a battery-powered Amazon Echo