OneDrive to get Save for Later and File Request features

Microsoft published the OneDrive Roadmap Roundup for November 2019 on December 10, 2019. The roadmap highlights features that Microsoft plans to introduce into the company's cloud service OneDrive.

The first feature, called Save for later, allows OneDrive users to bookmark files or folders across OneDrive and SharePoint for later access.

All it takes is to select items on OneDrive and select the Save for later option that is displayed when files get selected. Items can be removed from the selection again and accessed with a click on the Saved for later section in the sidebar.

You will see an aggregate of everything you have saved in the "Saved for later" section in your OneDrive making it easy for you to quickly get back to content from your OneDrive or a shared library.

The second new feature is called Request Files which allows users to create "special links to request files from others".

The interesting part here is that OneDrive users may request files from anyone, even from users who don't have a OneDrive account.

OneDrive creates a special link when a user initiates a new file request. Anyone who gets that link, e.g. by email or messaging, may use it to upload files to the user's OneDrive account. 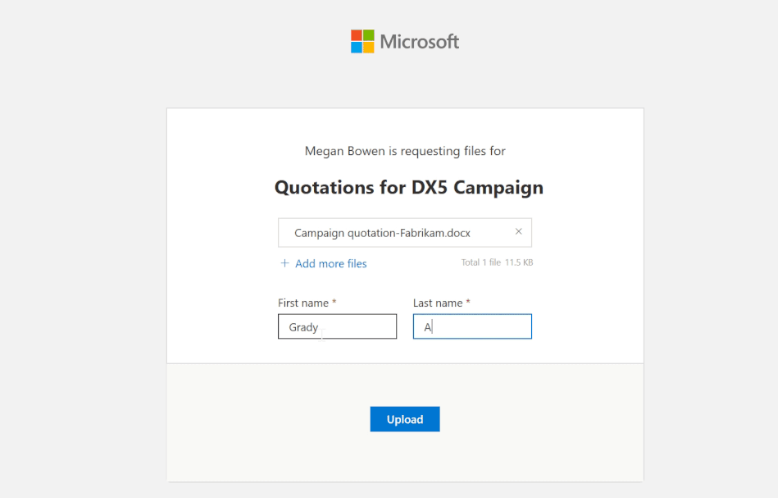 Access is limited to file uploads. Microsoft notes that no other activity such as editing, deleting, or viewing is permitted.

There are multiple use cases where this feature can be extremely valuable -- consider "Request for Proposal" (RFP) scenario where you need to collect bids from others, or a marketing professional accumulating quotes from various vendors for a campaign, a teacher collecting assignments , a manager reaching out for feedback from his team members or a financial rep or recruiter gathering documents from their clients -- just to name a few.

The third and final feature introduces language localization for OneDrive emails. Microsoft will "now localize emails where possible to the preferred language of recipients as defined in their AAD and Exchange settings".

The new functionality will be rolled out gradually to users of the service.

Now You: do you use OneDrive?