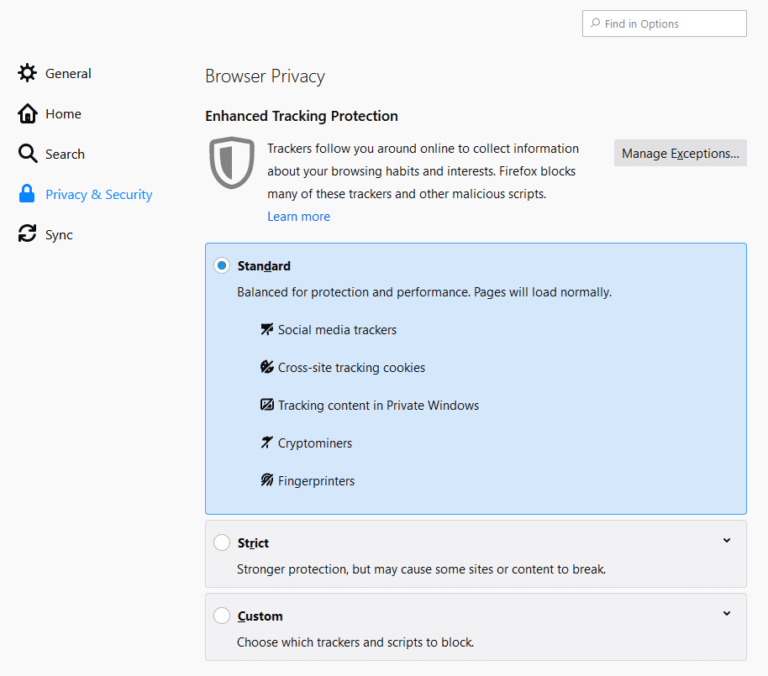 Mac and Linux users gain the picture-in-picture video feature introduced for Windows in Firefox 71. Fingerprinting scripts are now blocked as standard with this new release, while intrusive pop-up notifications from websites have been confined to the Address Bar to prevent disruption when browsing.

Firefox 72 continues its crusade against cross-site tracking by adding the blocking of fingerprinting scripts as a default setting for all users. Digital fingerprinting is the creation of detailed user profiles, including information about the computer, software and add-ons being used. This in turn leads to heavily personalised ads that follow users around the web.

The feature was already present in previous builds, but has now been added to the Standard option under Enhanced Tracking Protection – users who don’t mind being tracked in this way can disable this and other protections by choosing Custom under Options > Privacy & Security.

Another welcome improvement sees an end to the annoying pop-ups that appear when websites attempt to gain permission to provide notifications to users, forcing them to take action; instead a speech bubble will appear in the Address bar, which users can happily ignore without opening themselves up to being bombarded by future notifications.

Mac and Linux users also gain support for picture-in-picture video, a feature introduced for Windows users in Firefox 71. Look for the blue icon on the right edge of a video – click this to pop the video into its own floating window, allowing users to browse other tabs while continuing to watch the video.

Firefox 72.0 and Firefox ESR 68.4 are available now as free, open-source downloads for supported versions of Windows, Mac and Linux. Also released is Firefox for Android 68.4, which purely contains security fixes. Its eventual successor, Firefox Preview 3.0.1, is now months away from a final release.

One Response to Firefox 72 improves site notifications tool, rolls out picture-in-picture video to Mac and Linux