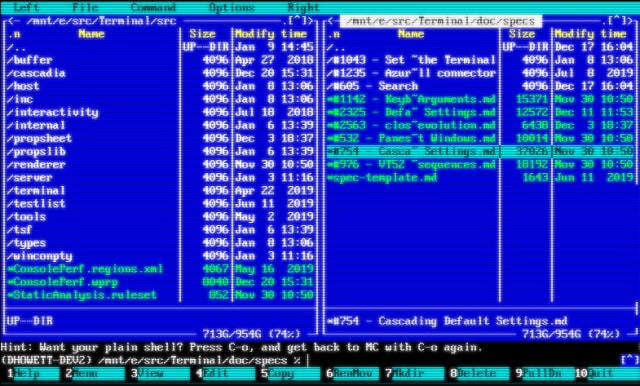 Updates are usually released to introduce new features and take things forwards, but with the next update to Windows Terminal Microsoft is taking inspiration from the past.

Due for release next week, the updated version of Windows Terminal will include experimental retro-style CRT effects. What does this mean in practice? It means using the old school PxPlus IBM VGA8 font and CRT-style scan lines; pointless, but a nice bit of fun. Of course, there are also other things to look forward to in this update.

The CRT-style effects introduce a touch of nostalgia to Windows Terminal, harking back to a time when monitors were deeper than they were wide. Your 8K LCD monitor may balk slightly as you take a trip down memory lane when Windows Terminal v0.8 is released on January 14 --  the very same day that Windows 7 reaches end of life -- and should lose the "experimental" tag in April's planned v1.0 release.

Elsewhere in Windows Terminal v0.8, there are other more useful features. A simple search option will be welcomed by many users, as will the ability to resize tabs. Microsoft also says that the release includes enhanced panes and tab key bindings: