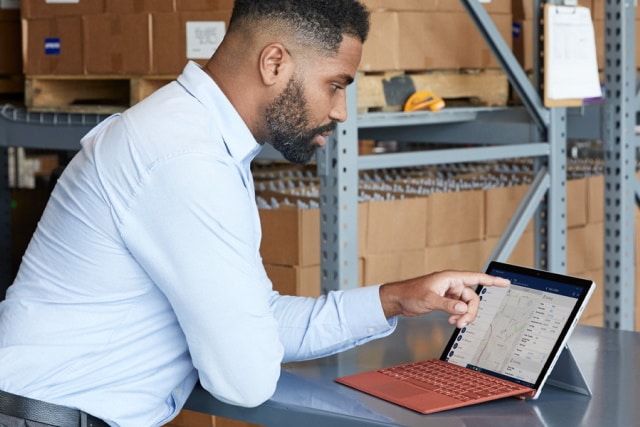 Tomorrow is the day that Windows 7 reaches end of life, and it seems that everyone has different advice about what to do. Take Microsoft, for instance. The company believes that the best course of action someone with a Windows 7 computer can take is to buy a new Surface device, rather than upgrade Windows 7 to Windows 10.

This is the advice Microsoft is giving to anyone visiting its Surface business pages, where it says that splashing some cash on a new Surface Pro 7, Surface Pro X, Surface Laptop 3, Surface Pro with LTE Advanced, Surface Book 2 or even a Surface Go is better option than upgrading an existing system from Windows 7 to Windows 10.

Proclaiming that "now is the time to shift to Surface", Microsoft reminds us that: "After January 14, 2020, security updates or support for PCs running Windows 7 will no longer be provided. With a shift to Surface and Microsoft 365, your company devices will have security built in and your business will be ready for the future".

On the Upgrade to Surface page, Microsoft also features a FAQ about what the end of service for Windows 7 means for users. Reiterating what has been said many times before, it points out:

You can continue to use Windows 7, but after support has ended, your PC will become more vulnerable to security risks and viruses. Windows will continue to start and run, but you will no longer receive software updates, including security updates, from Microsoft. Devices that run unsupported software are not protected.

Microsoft tries to downplay concerns that people may have, reassuring readers that 99 percent of Windows 7 apps are compatible with Windows 10. And to counter anyone trying to argue that sticking with their current Windows 7 computer will be a cheaper option, the company threatens:

All PCs that are more than four years old can cost you more than you realize. PCs older than four years are 3x as likely to need repairs, resulting in 128 hours of lost productivity -- a cost of both time and money. Maintaining and repairing those devices can add up to $515 per PC a year. New Surface devices cost less than that of the average PC eight years ago.

Everyone should now know that as of tomorrow, Windows 7 is no longer safe to use, and Microsoft underlines this by saying: "Windows 10 is the most secure Windows ever built".

If nothing else, you have to hand it to the company for turning the death of a product into a marketing campaign!