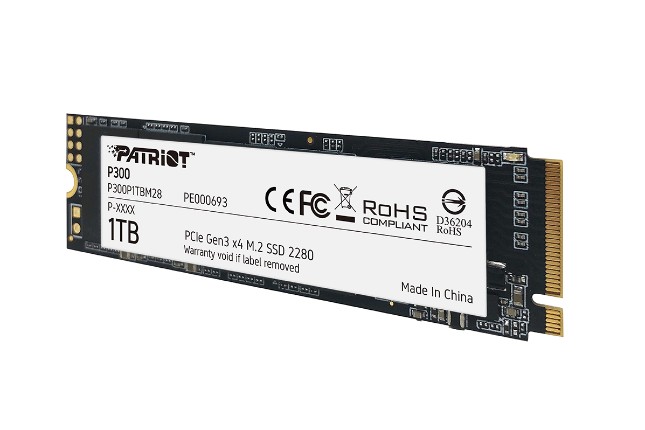 When you are a technology enthusiast, it is easy to get wooed by the latest and greatest tech products. Sure, it is exciting to see computer components offering the top performance, but let us not forget, most folks do not need (nor can they afford) the best. And you know what? That's fine. Bragging rights aside, there are probably many system builders that waste money on performance they really don't need.

Today, PATRIOT launches a new solid state drive that should appeal to those that are willing to spend a bit of money to get better performance, but don't have enough cash for top-of-the-line. Called "P300," this M.2 PCIe Gen3 x4 SSD isn't the fastest such drive on the market, but it will be a significant upgrade to those still using SATA-based drives. This SSD uses the Phison E13T Series controller, and best of all, it is very affordable -- the starting MSRP is below $65. You know what, though? You can actually score one now for less than 50 bucks. Seriously.

"The P300 is designed to deliver the most significant all-around performance for desktop and laptop users. Built with next-generation PCIe Gen3 x4 NVMe controller and best-in-class components, the P300 is posed to bring out rapid data transfer speeds and best in class reliability for the user. P300 represents a milestone for the next generation of PCIe Gen3 x4 NVMe SSD, which can offer 25 percent higher transfer speeds better IOPs over standard PCIe3 x2 solutions and attribute to its low power consumption is the best solution for laptop battery endurance," says PATRIOT.

The company further says, "As more and more users have migrated from SATA III to PCIe NVMe solid-state drives, there needs to be diversity to help users pick products that better match their demands and performance goals. The P300 provides a reliable solution for budget-users while still offering exceptional speed at a consumer-friendly price. P300 built on a single-sided M.2 design for space savings and to ensure compatibility with the thinnest laptops and small form factor desktops. The next-generation DRAMless controller, when matched with 3D NAND flash, reduces the build costs without compromising SSD performance and quality." 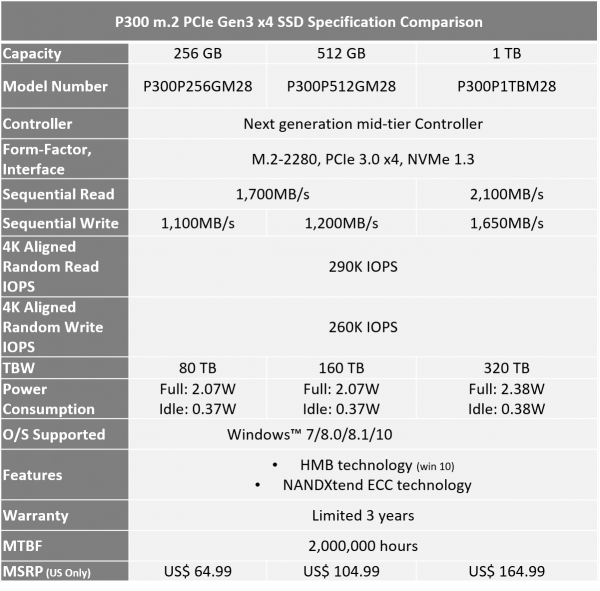