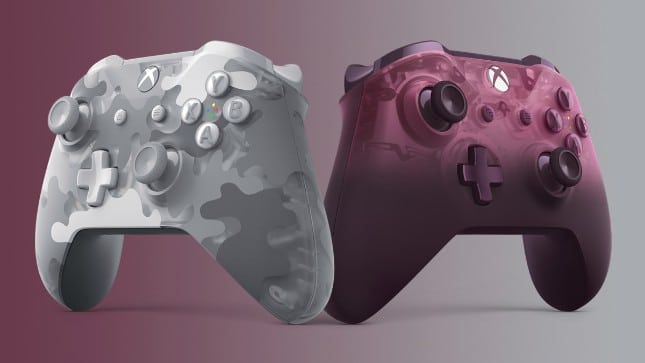 Microsoft loves to release special editions of its Xbox One controllers, and consumers seem to really enjoy buying them. After all, if the controllers weren't selling well, it is doubtful Microsoft would bother. In other words, yes, these "special" controllers are just money-grabs, but hey, if people enjoy them, so be it.

Both controllers will sell for $69.99. The Magenta Special Edition will hit stores on March 17, but you can pre-order starting today. The Arctic Camo Special Edition won't be available until May -- it will be sold exclusively by Walmart and Microsoft Stores. In addition, you will be able to buy matching charging stands ($49.99) for each (seen above)