How AI can save companies millions on cloud spend

The cloud has revolutionized making it easy to build, launch, and scale a service. That's driven a wave of spending on the major cloud providers, as made evident by the latest earnings reports from Microsoft (Azure), Amazon (AWS), and Google (Google Cloud). Microsoft just reported 62 percent QoQ growth for Azure, AWS brought in nearly $10 billion for Amazon in Q4 2019, and Google reported cloud earnings for the first time in January.

Companies of all sizes are clearly investing billions on the cloud and there doesn't seem to be a ceiling. Gartner predicts that by 2022 overall cloud spend will reach more than $330 billion, and that number grows every year. But at the same time, current estimates reveal that billions of this spend is the result of needless and wasted outlay. A recent survey of companies that spend at least $5 million on the cloud annually found that a vast majority (69 percent) regularly overspend on their cloud budget by 25 percent or more.

While most companies, from Lufthansa to the Seattle Seahawks to Coca-Cola, use public cloud solutions, their cost of renting computing power is skyrocketing. They often pay for more power than needed, due to the pressures of staying always on, or applications are not running efficiently. CIOs and CFOs using cloud services are in a tough spot: they need the efficiency of the cloud to deliver their services, but they have a fiduciary responsibility to boards and shareholders to keep costs down.

The cloud was supposed to minimize costs through its pay-as-you-go model, so what's happened in the space that has made monthly cloud bills go through the roof?

The issue is that everyone is paying for what they request, not what they actually use. Resources are over-provisioned in order to buy peace of mind, and performance tuning is only happening in scenarios when an SLA is not met.

How did we get here? Continuous Integration (CI) and Continuous Delivery (CD) have rightfully become an integral part of an efficient DevOps team, allowing for apps to be updated quickly so engineers can release code often, as fast as every few minutes. Traditionally, these engineers pushing new code have this main priority: make sure that the app still runs or is performing to its expected level. This challenge causes engineers to push resources at it, but they often do this somewhat blindly, because there is no exact science to figure it out without an optimization tool. This leads to over-provisioning and higher cost, and generally speaking, a whole lot of inefficiencies and sub-optimal configurations.

The problem can't be solved by people anymore

Companies need to figure out how to get the performance they need, while keeping the cloud bill under control. The answer lies in performance tuning that happens continuously, as new code is released, but to do that, they need to look beyond the human element to AI.

There are too many variables in cloud computing for humans to tune services for efficiency and cost optimization. Even a simple 5-container application can have 255-trillion resource and basic parameter permutations. This is why most application performance management (APM) tools barely scratch the surface when they suggest cutbacks on utilization.

This AI-driven cost-saving activity even benefits the big cloud providers because it means more companies will continue to invest those savings into additional cloud services. After all, the cloud providers do not want to scare companies with massive monthly bills, they want to encourage smarter cloud strategies that lead to long-term spend. 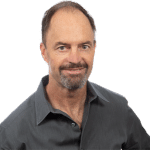 As the co-founder and CEO of Opsani, Ross Schibler comes to work every day excited to face a new challenge and a new opportunity. Ross is no stranger when it comes to starting a business -- he’s started two successful companies before -- but he believes that Opsani will be the one to fundamentally change the world.