Grand National goes virtual to give fans their racing fix 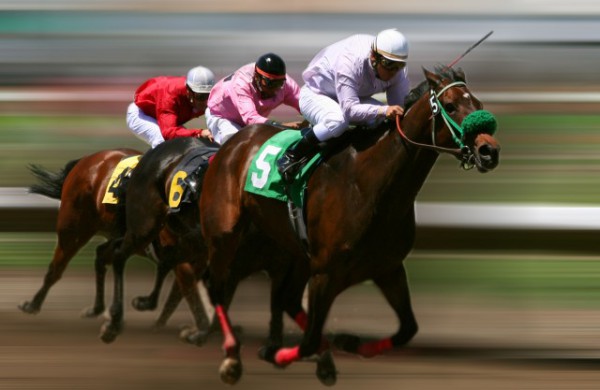 The Grand National is a highlight of the British sporting calendar. An event that prompts people who never normally bet on a horse race to venture a few pounds at the bookies or take part in a workplace sweepstake.

With this year's race canceled due to the coronavirus it looked like they might miss out, but virtual reality is coming to the rescue.

A Virtual Grand National using CGI technology and specially written algorithms will take place on Saturday April 4th at 5pm -- the same time as the real race would have occurred. It will be shown live on TV on ITV 1.

You'll still be able to place a bet too, though it's restricted to a maximum of £10 on each horse. Odds will be posted in the normal way on betting websites and bookmakers will donate their profits from the event to health service charities.

In fact Virtual Grand Nationals are nothing new, they've been held since 2017 and have proved remarkably good at mirroring the results of the real race. Over the past three years the virtual winners have finished first, second and third in the actual race. The algorithms also predicted six of the first 10 home in 2018 and three of the first five past the post in last year's race.

Executive producer Rob McLoughlin of Carm Productions, responsible for running the CGI event told the BBC, "We use the latest CGI technology and algorithms and were ready to go ahead as a forerunner to the big race, but now we want to cheer the nation up and ask the computer if history could have been made."

Of course running a virtual race like this means that a handful of people will get to know the result in advance but they have all been made to sign non-disclosure agreements.

You can find out more about the event on the official website.