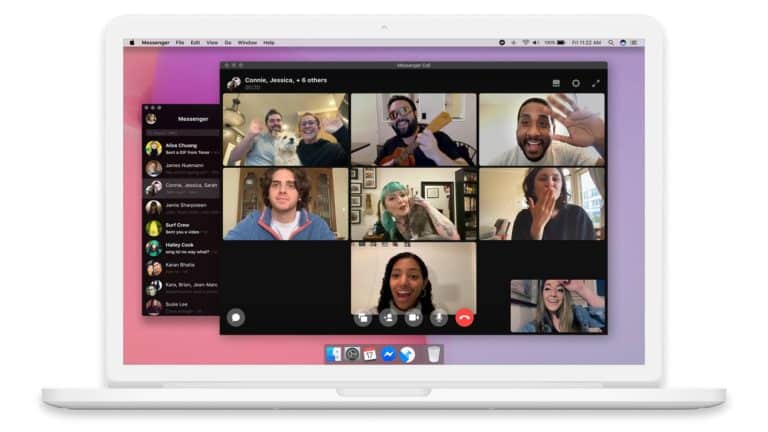 As the world goes into lockdown over the coronavirus pandemic, staying in touch with loved ones both near and far has never been more important. The explosion in popularity for video chatting makes it entirely appropriate that Facebook should relaunch Messenger on the desktop platform with support for video group calling.

The undoubted headline new feature in both Messenger desktop builds is the new support for group video calls. Users can now make good use of their desktop or laptop’s larger screen to easily call multiple contacts at once for a proper catchup.

The feature is particularly timely given the growth in popularity of video and audio chatting and is as simple as collecting a group of contacts together in a single chat and then clicking the video camera icon to kick things off. Facebook is keen to highlight that -- unlike rival video-conferencing platforms -- group video calls are both free and unlimited.

Messenger has been available as a standalone app for years, but the desktop version has always lagged behind its mobile counterpart. Now Facebook has invested some real love into the platform, allowing people to liberate themselves from their web browsers to continue chatting from the comfort of their desktop or laptop.

Aside from the larger screen, the app should be broadly familiar to anyone who’s used the mobile version. However, despite looking superficially similar, there are differences in where certain controls and commands are. Given that Facebook is keen to highlight how users can move seamlessly between desktop and mobile, this lack of consistency may prove a little frustrating.

Finding where certain commands have been mapped to isn’t too difficult, but it is annoying -- for example, the contact-specific commands found by tapping the person’s avatar in the top-left corner of the chat window on your mobile have been moved to the vertical ellipsis button in the top right-corner.

There’s also little control over settings -- open Preferences by clicking your account picture and you’ll see three main options: Active Status (toggle on or off), Notification settings and a limited Appearance pane with options for changing the theme and emoji skin tone. 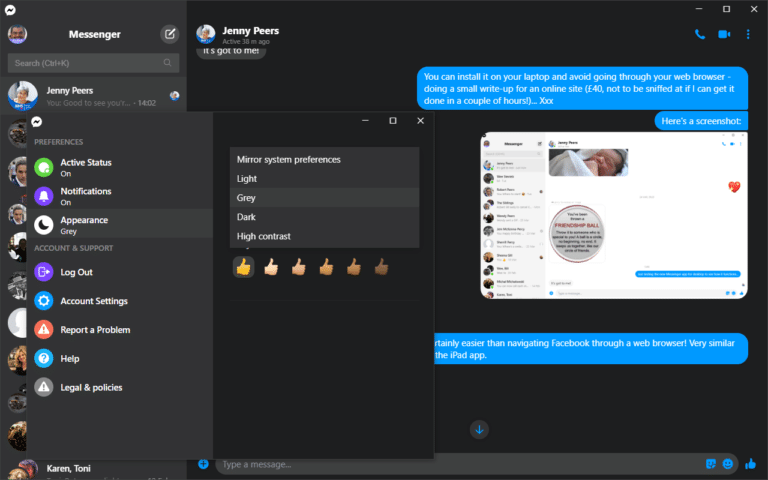 Despite these niggles, however, the new Messenger desktop apps contain pretty much identical functionality to their mobile cousins, which means people should be able to access whatever features they need regardless of which platform they’re on.