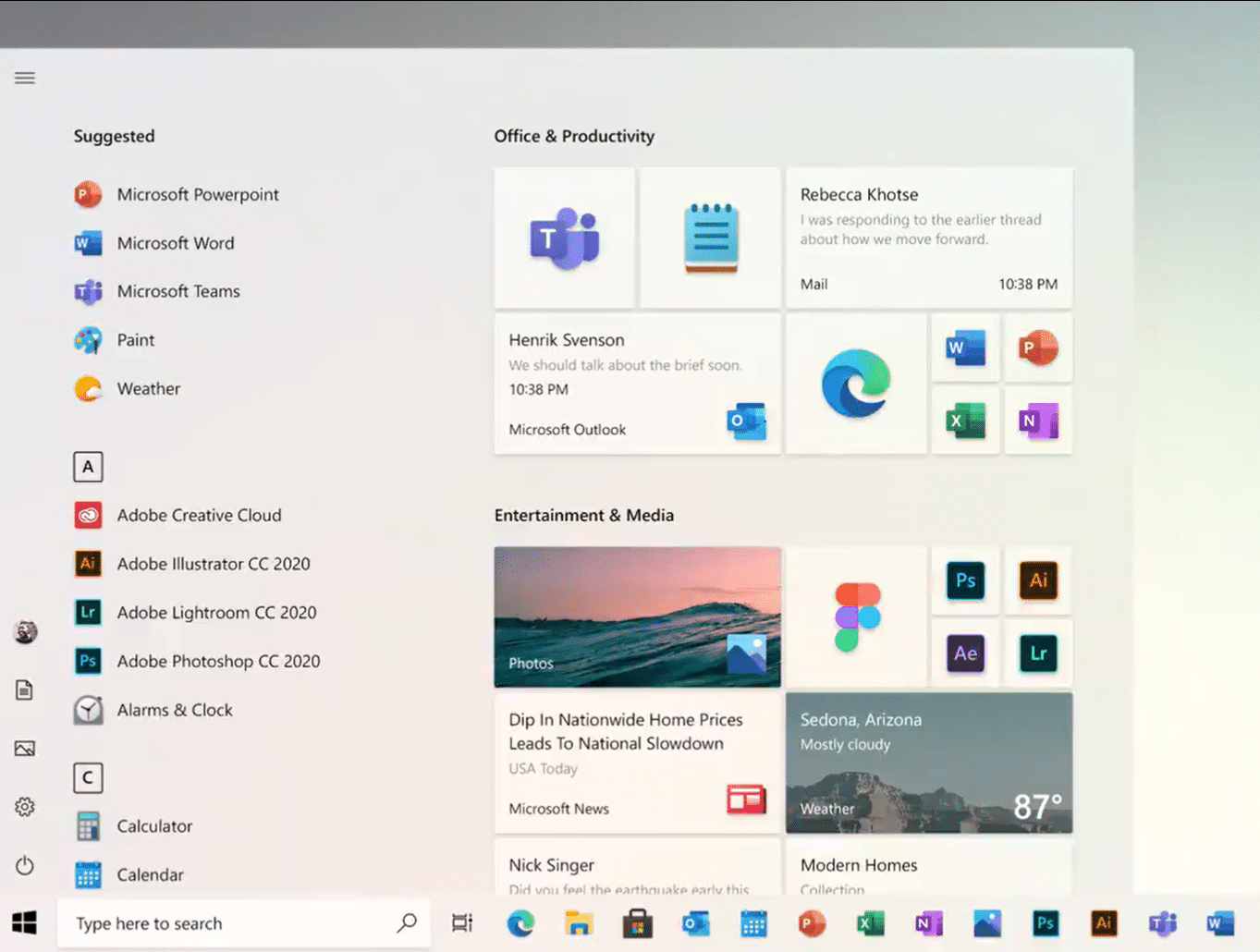 It is no secret that Microsoft is working on a redesigned Start Menu for the company's Windows 10 operating system. While it is not clear yet if features such as Live Tiles are here to stay, it is certain that one of the upcoming feature updates for Windows 10 will introduce a Start Menu redesign.

Microsoft showed off a clip on the official Microsoft Design Twitter account that highlights the evolution of the Windows 10 Start Menu from the very beginning. Most interesting from a user perspective is that the company provides a glimpse of the redesigned Start Menu that it plans to introduce in a coming feature update for Windows 10.

Created by the @Windows design team, this animated clip illustrates a sliver of the #UX evolution and modernization of the Windows experience. Let us know what you think in the comments below!

The Start Menu differs quite a bit from the one used in current versions of Windows 10. Notable changes include a wider application listing and changes to tiles such as the omission of titles for medium sized ones.

Most user comments have been positive so far. Those who criticized the Windows 10 Start Menu redesign disliked the removal of text labels and that Microsoft needs to make sure that other default tools on the system match the design.

It is unclear whether the removal of titles is optional. The removal would certainly cause some confusion when it comes to application identification, especially if applications use similar icons. Users could still identify applications by hovering the mouse over the tile or by switching to large tiles for important applications.

As far as live tiles are concerned, these appear to remain supported as several applications are shown with dynamic content in the redesigned Start Menu.

Now You: what is your take on the redesigned Start Menu?

Created by the @Windows design team, this animated clip illustrates a sliver of the #UX evolution and modernization of the Windows experience. Let us know what you think in the comments below! pic.twitter.com/s4SVXncLEo