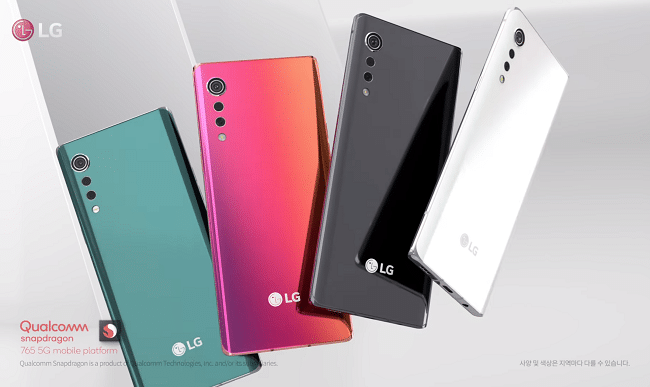 LG smartphones are often great -- not always, but usually. The company's Android devices are typically chock-full of cool features and respectable specifications. LG's V series of smartphones, in particular, have been very revolutionary. The V60 ThinQ 5G, which we reviewed recently, is one of the best Android phones in years -- as long as you also buy the useful second screen. Despite all the notable specs and features, there is a small problem with LG phones in recent years -- they look a bit dated. And yes, the design of a smartphone does matter. Look, phones aren't just handheld computers nowadays, but in addition, they are a fashion accessory and status symbol.

For LG's success in the Android market to continue, a rethink of design style was necessary. Well, the company has done just that, as it now looks to wow the world with the all-new LG Velvet Android smartphone which uses a new branding scheme. Rather than use letters and numbers to name their devices, it will use words instead -- "Velvet" instead of "V60," for instance. This is reminiscent of the automobile industry, where Ford and Chevy use bold names like "Mustang" and "Blazer" while Infinity and Volvo use cold names such as "Q50" and "XC40." The company first spoke of the upcoming device earlier this month, but now, it has released an official YouTube video as well.

"With today’s smartphones becoming more and more alike and difficult to distinguish by technical specifications alone, LG Electronics (LG) is answering the challenge by embarking on a new product roadmap that will emphasize distinctive designs and 'tactile' elegance to set itself apart. The first device to illustrate this new philosophy is the upcoming LG VELVET, featuring a unique 'Raindrop' camera and a symmetrical, flowing form factor that is both pleasing to the eye and pleasing to touch," said LG.

The company further said, "LG VELVET will be the first device to implement the company’s new branding strategy for its mobile devices, moving away from alphanumerical designations in favor of familiar and expressive names that will help the consumer capture the essence of the device best suited for his or her personality and ever changing trends. The name 'velvet' is intended to evoke images of lustrous smoothness and premium softness, two key characteristics of the new phone."

You can see the new LG Velvet in the above video. If you ask me, I say it looks smooth as silk -- a really attractive device -- but I am curious about your thoughts. Do you think LG is on the right track with Velvet? Is it a phone you'd be proud to own? Please tell me in the comments below.