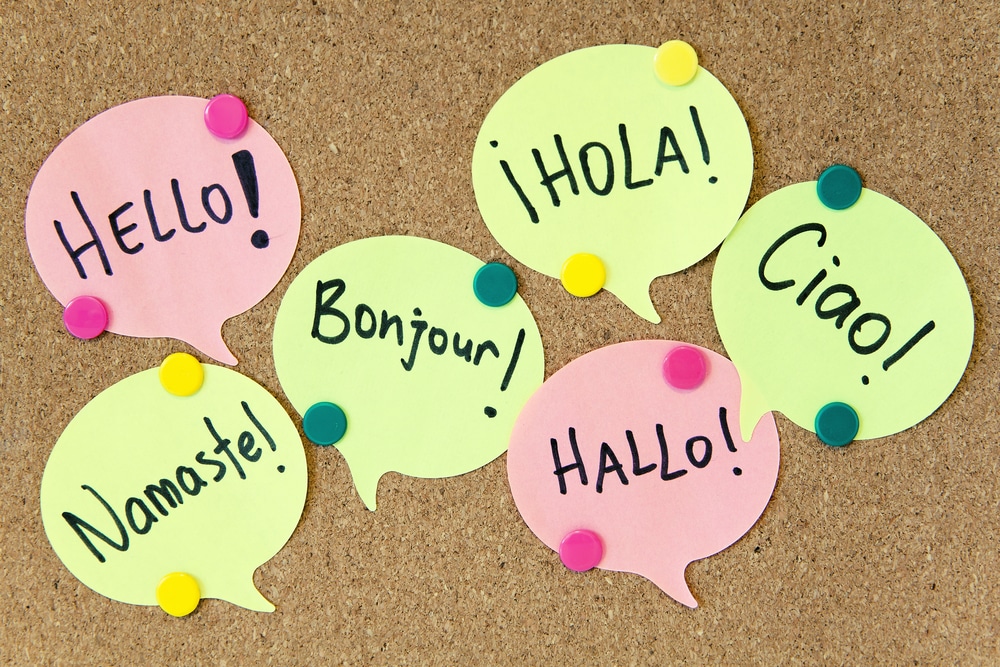 Translation service DeepL just announced the introduction of the new glossary feature on the site to improve translations further.

DeepL was established in 2017 as an alternative to Google Translate, Microsoft Translate and other translation services. The developers promised that translations would be more human-like than those of competing services; several blind tests were conducted by DeepL to confirm the claim.

One of the latest additions to the service is support for a new glossary feature. Users who use the translation service on the DeepL website may activate the customization button to create custom translation pairs that override the default translation.

While it has been possible from the get-go to edit translations, the new glossary feature may be used to make these edits permanent. A basic example: when I translate text into German that includes the site name Ghacks Technology News, it is translated by DeepL by default to Ghacks Technology Nachrichten (with Nachrichten meaning News in German).

Since it is a name, it should not be translated, and you may use the glossary feature to make sure that it is not. Just add the name as the source and target text, make sure that the languages are correct, and hit the ok button to add the custom translation pair to DeepL.

The glossary feature can be turned off at any time should the need arise.

Whether you translate legal contracts, technical manuals, or company newsletters, the Glossary can save the terms you use and the translations you like, ensuring consistency and saving you time.

Glossary entries can be created for nouns, verbs, adjectives, adverbs, and multi-word entries. DeepL ensures that "grammar and formulation" are adapted automatically. 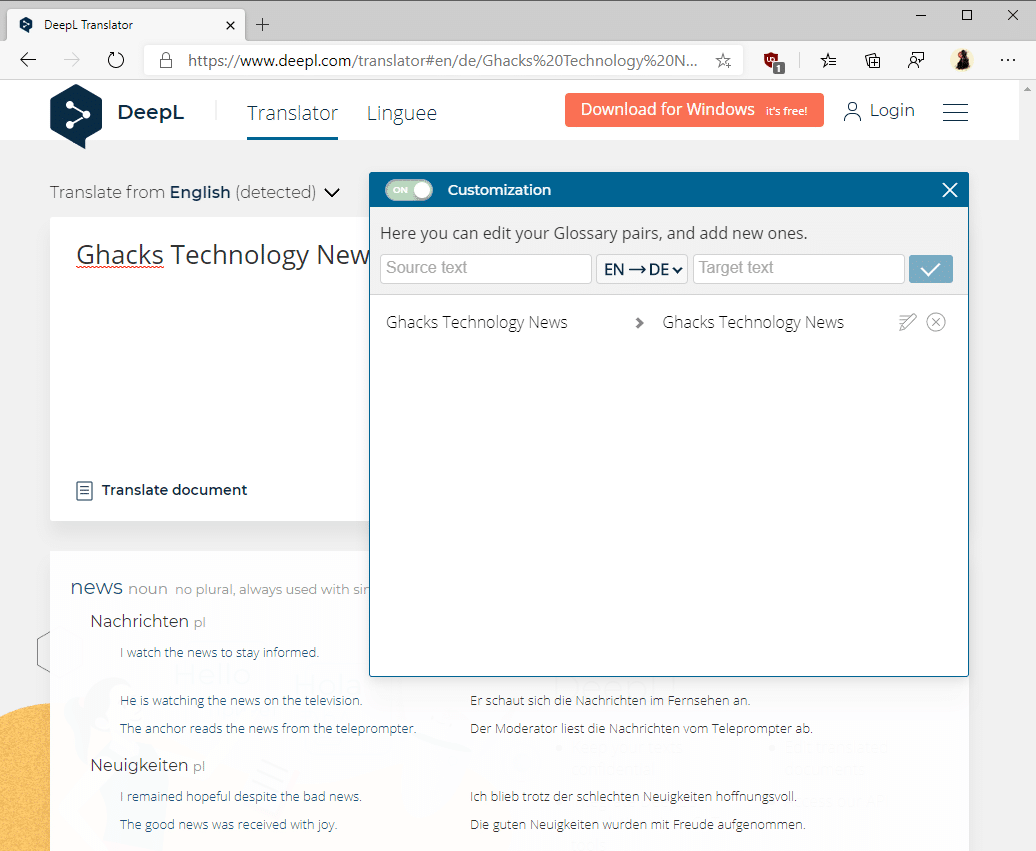 The new glossary feature is available for the language pairs German and English, and French to English only at the time of writing. DeepL plans to expand language support in the future.

Free DeepL users "can create a limited number of Glossary pairs" according to the company while subscribers can create as many as they like.

Now You: Which translation service do you prefer, and why?