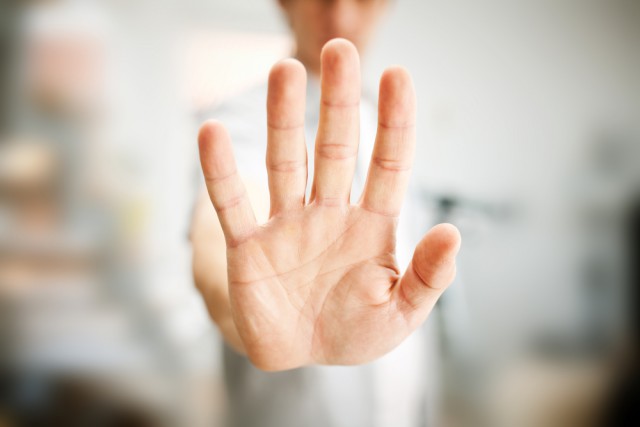 Microsoft has improved the functionality of Windows Defender significantly since the release of the company's Windows 10 operating system in 2015.

Windows 10 version 2004, the next Windows 10 feature release, will include a new option to enable the blocking of potentially unwanted apps (PUA) using Windows Defender.

The feature itself is not new but it has never been exposed in the Settings before. System administrators and experienced users could enable it via group policies, Windows PowerShell or the Windows Registry in previous versions of Windows 10.

So-called PUAs -- sometimes also referred to as Potentially Unwanted Programs or PUPs -- are computer programs that often land on computer systems through trickery. While there are certainly false positives, the bulk of programs flagged as PUAs are unwanted and include programs that change browser settings, make excessive use of advertisements, spy on users, install certificates, or modify other settings on the system.

Windows 10 users may enable the blocking of PUAs using Windows Defender in the operating system's Settings from Windows 10 version 2004 onward. 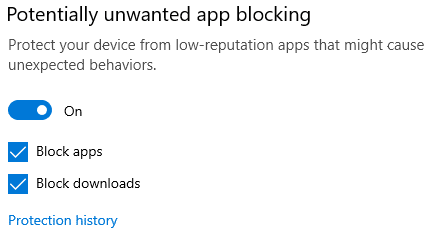 All it takes is to do the following:

The "protection history" link that you may see under the feature in the Settings application lists recent actions and recommendations from Windows Security; it includes blocking actions.

The new PUA protection option in the Settings application is disabled by default. Its addition exposes it so that it may be enabled by more users on Windows 10 devices but it is still fairly hidden from sight.

Now You: What is your take on potentially unwanted applications in general?