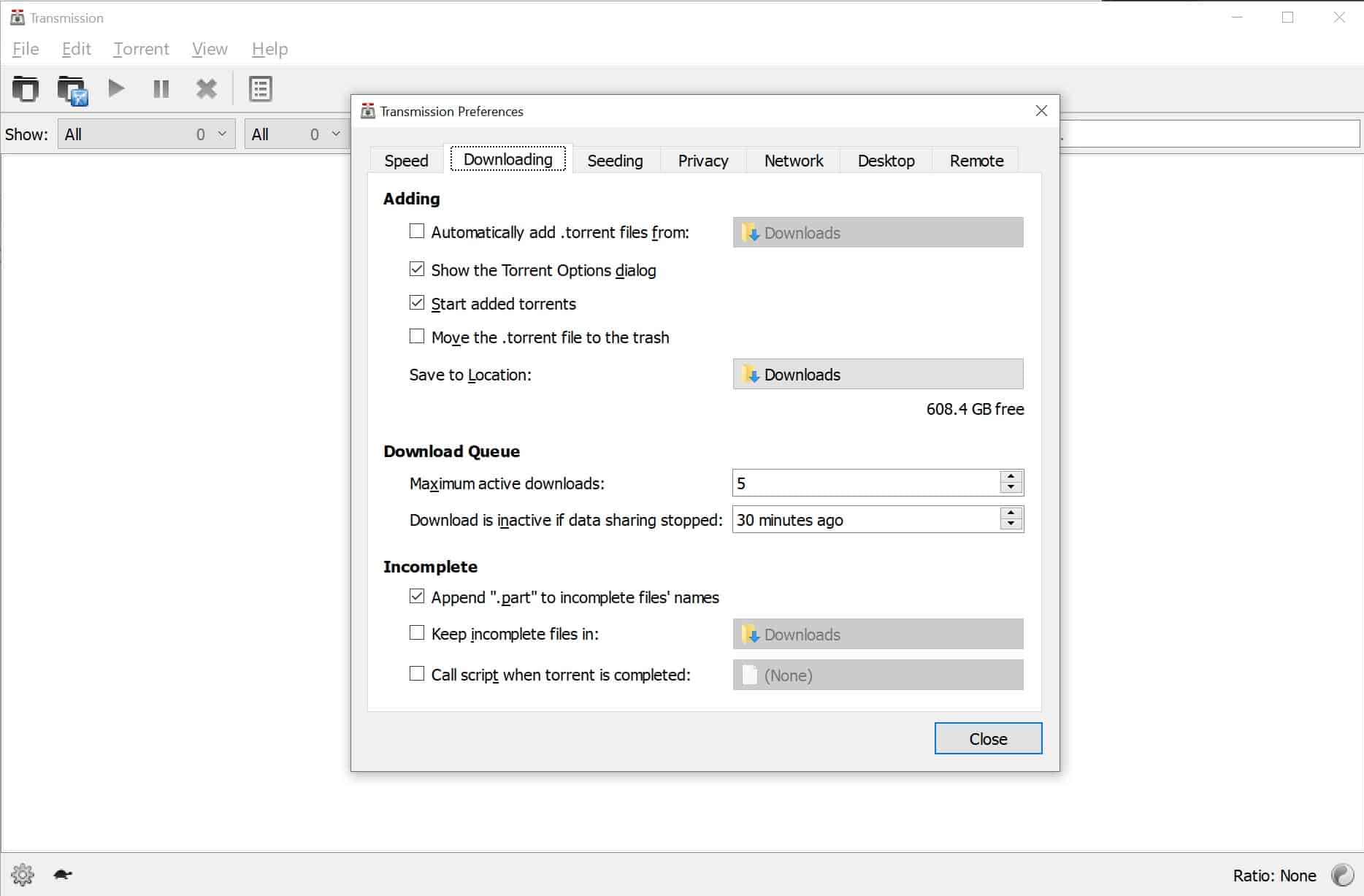 BitTorrent clients are plentiful, but many leave a lot to be desired. While numerous clients have fallen by the wayside, there are some names that have stuck around. One such client is Transmission, and after a two year wait, we're finally being treated to a new version.

Transmission 3.00 is a significant release, and there are numerous new options and features in the latest version of the open source, cross-platform client. Improvements have been made to the client across all platform -- Windows, macOS, Linux and the web -- including the option of allowing the RPC server to listen on an IPv6 address.

This release addresses various performance and security issues, creating a more stable and reliable client. Mac users are treated to the arrival of dark mode, while Growl support has been dropped in favor of using the notification center.

The GTK+ Client now features additional keyboard shortcuts for rearranging the download queue, and the .desktop file has been updated. There have also been improvements to the interface when a high contrast theme is used, and gettext is now responsible for translations rather than intltool.

There are also significant changes to the Qt client, including fixing problems with dragging and dropping torrent files onto the program window and improvements to the look of the UI on high-resolution displays. There is also now support for a wider range of languages thanks to new translations, and it is now possible to sort torrents according to progress when there are magnet transfers.

Other changes include the arrival of keyboard shortcuts in the web interface, improvements to compact view, and automatic completion of the torrent URL field has been disabled. Download Transmission 3.00 here.