Three-hundred-and-ninety-two in a series. Welcome to this week's overview of the best apps, games and extensions released for Windows 10 on the Microsoft Store in the past seven days.

Microsoft revealed screenshots of a redesigned Start Menu on its Microsoft 365 Facebook account this week. The new Start Menu looks a lot cleaner than the old, but it is unknown if it will land in a future version of the company's Windows 10 operating system. 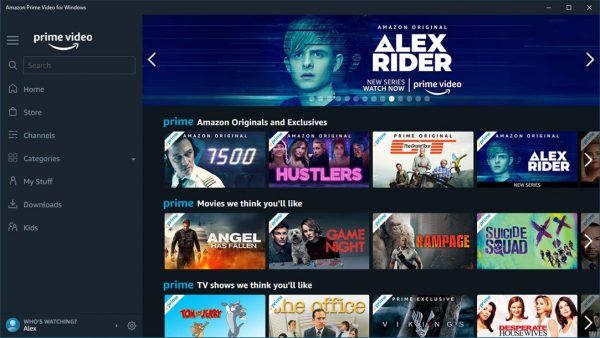 Surprise, surprise. Amazon unveiled a new dedicated application for Microsoft's Windows 10 for its Amazon Prime Video service. The app is not yet available officially but is expected to launch very soon.

Amazon Prime Video customers may use it to browse and watch TV shows and movies, access Prime Video Channels, use X-Ray functionality to look up details about actors and other related information, and to download videos for offline watching.

River Roll On PREMIUM, 16 4K images of rivers around the world.

Skype for Windows 10 and Skype for Desktop will be merged to a single Electron application on Windows 10.

Twitter PWA introduces draft option to save messages as drafts, options to customize lists by adding a banner image, and quick access options to direct messages.