e-voting can solve the voter fraud concerns plaguing US elections 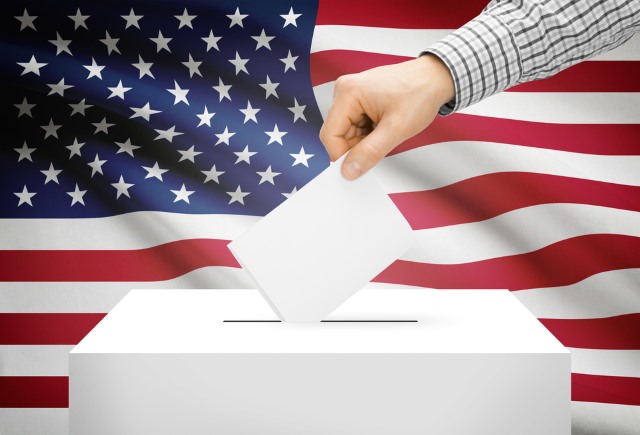 In just four months, the United States will head into one of the most important Presidential election cycles of its history. Ensuring that eligible citizens are able to participate in the voting process will be critical.

Understandably, as COVID-19 continues to grip the nation and the world around us, American citizens are wary about turning out to vote in person, for fear of being in a crowd or lengthy line. Some startling facts drive home this point when you look at the state of Pennsylvania, for example. This year 1.8 million people have requested absentee votes, up from just 107,000 in 2016. This is further supported by a recent report commissioned by Okta, which found that 67 percent of Americans support mail-in voting to prevent the spread of COVID-19.

Despite this, however, many states have rules against mail-in voting. In Texas, for example, State Attorney General Ken Paxton has overruled a court ruling that would have allowed a mail-in vote for every Texan due to concerns of fraud and tampering. Now Texans are only allowed a mail-in vote if they are over the age of 65, out of the country on election day, or can prove that they are gravely ill.

Recent rulings against mail-in voting like that in Texas put many US citizens in a precarious position: protect their health or exercise their right to vote.

The reality is that online voting (or e-voting) can address both the fraud and health concerns that have bubbled up, making voting more accessible for all US citizens.

But e-voting too has its opponents, who claim it’s impossible to neutralize threats posed by identity fraud and cyber attacks. Similar objections are made regarding mail-in voting but characterized slightly differently, such as the belief that people could impersonate a deceased person or intercept someone else’s ballot.

So how do we allay these fears? We just need to bring together the right technology to make it happen -- and that starts with a modern identity system that puts privacy and security first, and taps the power of three key technologies: biometrics, blockchain and mobile.

Consider two facts: there are 228 million people that hold a valid driver’s license, and there are just over 209 million eligible voters (i.e. people over the legal age of 18) in the US.

Now consider that verification technology exists today that can compare a person’s driver’s license (or another form of government-issued identification, like a passport) with a their unique facial biometrics-based (in the form of a selfie) to verify that they are who they claim to be in the safety of their own home.

Large banking corporations are already leveraging this technology to verify online user identities to prevent account fraud and money laundering, while onboarding users faster. The same process can be applied to the voter registration and ballot submission process to securely verify the vast majority of eligible voters in our country and minimize potential fraudulent votes.

While best known for its cryptocurrency use case, blockchain can also provide our government with the ability to transmit electronic ballots that cannot be intercepted or hacked.

Credited with powering the world’s first blockchain elections, Lausanne, Switzerland-based Agora and its blockchain voting technology, for example, has been used in elections such as Sierra Leone’s 2018 Presidential race.

The technology uses zero-knowledge proofs to enable a scalable, secure and cost-effective voting system, creating an immutable and publicly viewed record of elections on a custom blockchain.

Mobile devices have become an integral part of the vast majority of our lives. In fact, 96 percent of US adults say they own a cellular phone, while only 74 percent own a desktop or laptop computer.

The ability to vote by a mobile device has the potential to significantly speed up the ballot casting process, while providing convenience to nearly all US voters. State-owned and -managed mobile applications can be used in place of or in conjunction with polling stations, whereby a voter verifies their identity by simply taking a picture of their government-issued ID and a selfie. This process can bind that person to their electronic ballot, preventing identity fraud and impersonation.

Sheila Nix, who was Deputy Assistant to President Obama and Chief of Staff to Vice President Biden on the 2012 re-election campaign, now runs Tusk Strategies and heads up the non-profit The Mobile Voting Project which has already successfully run 14 mobile voting pilots in five states, safely and securely using blockchain technology. Nix believes the time to try a new technology-driven option is now to ease COVID-19 health concerns and bring more inclusivity to the process, citing, for example, the fact that mail-in voting doesn’t work for the blind.

So why hasn’t e-voting happened yet? Partly because there are a number of academics that have always been against it and don't really want to change their mind. And partly because there is no impetus for the current administration to make even mail-in voting more accessible, let alone e-voting.

But if we come together as a country, we can energize the debate over e-voting and ensure it gets the proper attention it deserves. E-voting built on a strong identity platform rooted in biometrics, blockchain and mobile technologies can provide the answer to major voting health and fraud concerns, bring our democracy to the 21st century, and help us exercise what is arguably our most important right: to vote in the democratic process. 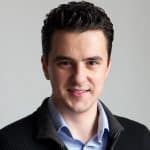 Husayn Kassai is the CEO and co-founder of Onfido. Currently based in London, Husayn sets the overall direction and strategy for Onfido. As a new machine age advocate, he is a believer in how technology can be used to build instant trust and power human interactions. In 2016, Husayn was named as one of Forbes’ "30 Under 30", and as the Startups Awards’ "Young Entrepreneur of the Year". ​Husayn sits on the Advisory Committee of the Oxford Seed Fund and the All Party Parliamentary Group on AI. He has a BA in Economics and Management from Keble​ ​College,​ ​Oxford.