These days it's quite rare for a new phone to arrive without us already knowing everything there is to know about it via numerous leaks.

That’s true about the new Galaxy Note20 and Note20 Ultra which were revealed in all their glory yesterday, leaving very little unknown about the new phones which Samsung officially took the wraps off today.

If you’re a Samsung convert then this is possibly the device you’ve been waiting for. You do get quite a lot for your money, but it’s also an eye-watering amount of money.

Both the Galaxy Note20 and the Note20 Ultra are 5G capable, run Android 10, and come with the signature 'S Pen' stylus, which this time around has been updated to be more precise and mimic a real pen and paper.

It’s available in a choice of colors -- Mystic Bronze, Mystic Green, and Mystic Gray -- and priced from $1,000.

The front camera is the same as the Note20, but the rear offers a 108MP wide-angle lens, 12MP telephone lens, and 12MP ultra wide. The battery is a slightly better 4,500mAh.

Gaming fans will also be thrilled to know that beginning September 15, you’ll be able to play over 100 Xbox games on either device, directly from the cloud (beta) with Xbox Game Pass Ultimate.

You'll be able to buy the Galaxy Note20 and Note20 Ultra in select markets starting August 21. 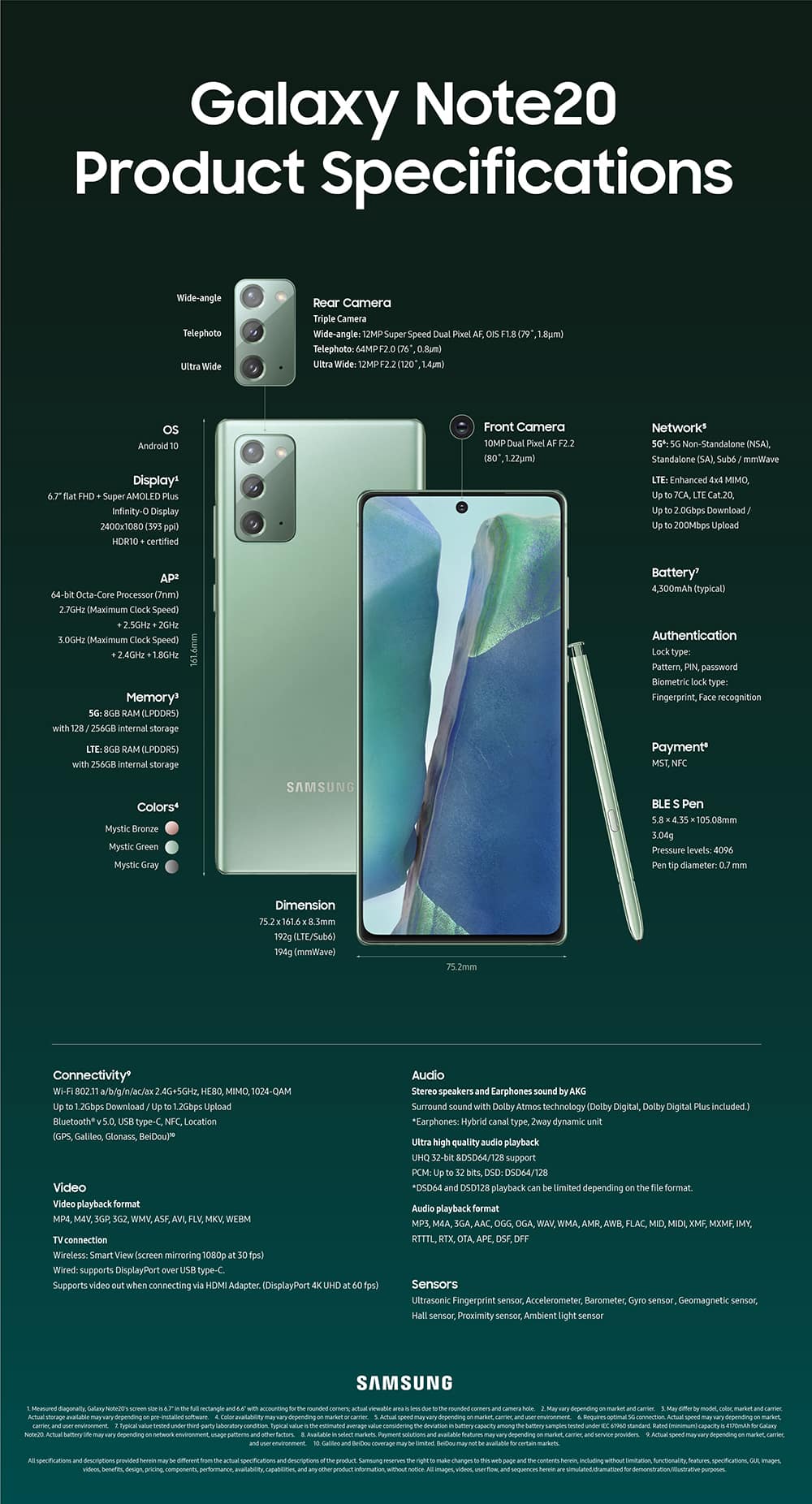 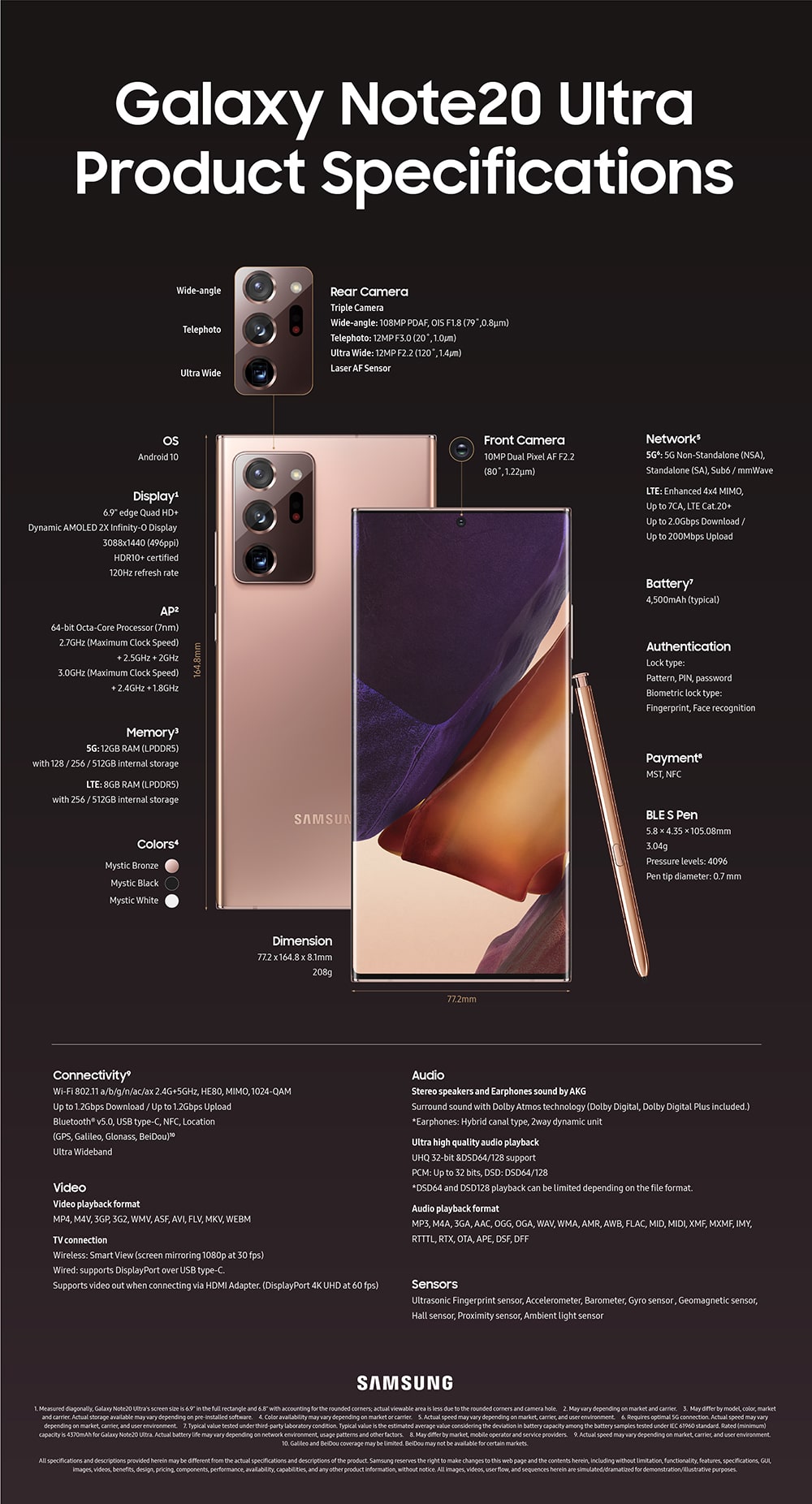