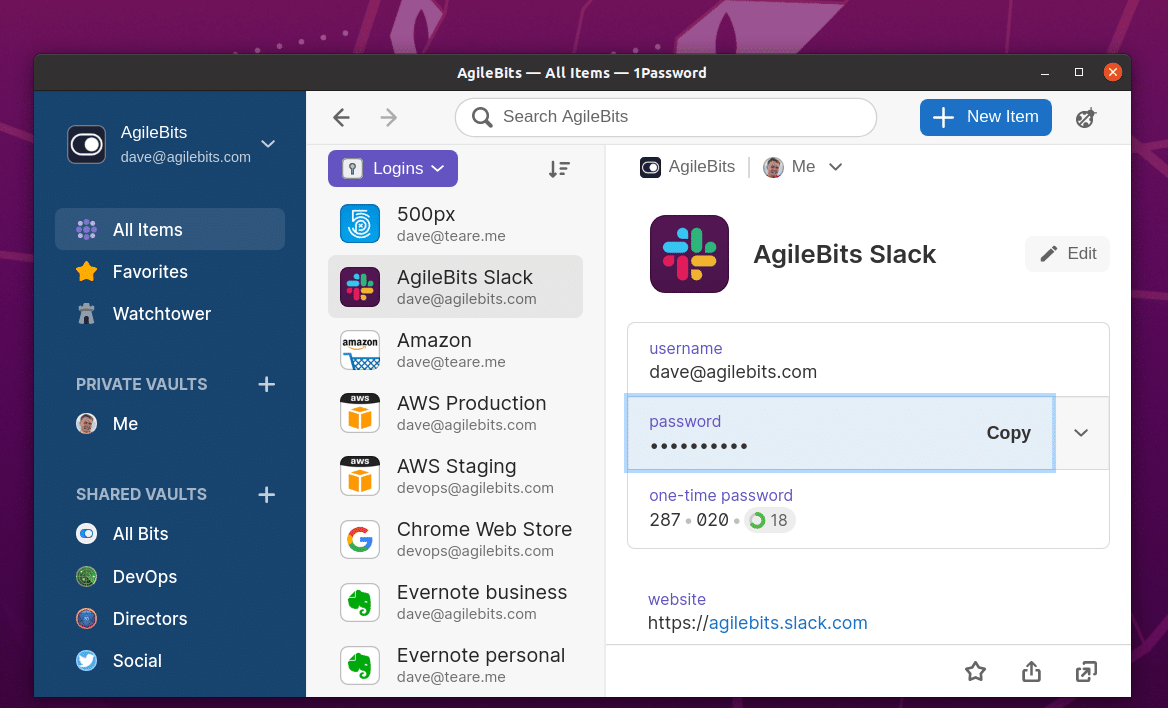 If you aren't using a password manager to both create and store your various online passwords, you are doing yourself a great disservice. True, storing your passwords in the cloud seems counter-intuitive, but in reality, it is far more secure than re-using passwords or writing them down. Make sure you are also using Two-Factor Authentication (2FA) whenever possible too.

On the desktop, there are many password managers for Windows and Mac, but on Linux, things are far more limited. For instance, 1Password is arguably the best password manager in the world, yet despite a decade of requests for it to come to Linux, it never did. Sure, Linux users could use the 1Password X browser plugin, but there was no native Linux version. Well, folks, this is no longer true -- as of this month, developer Agilebits has finally brought 1Password to Linux as a development preview!

"This isn’t a long-term support release! You can expect many updates and changes over the next few months as many features are not complete yet. For example, the app is currently read only: there is no item editing, creation of vaults, or item organization. As such this initial release should be used for testing and validation purposes only and is not suitable for business critical environments," says Dave Teare, Agilbits.

Teare further says, "Our new app is built to meet the security and performance expectations of Linux users. Its backend is written completely in Rust, a secure systems programming language that has made a lot of waves in the Linux community. We’re especially proud to be using the incredible ring crypto library to power the end-to-end encryption that keeps your data safe."

Mr. Teare shares the following features found in the preview of 1Password for Linux.

True, the 1Password for Linux preview is not feature complete, but still, it is cause for celebration. Many 1Password users (including yours truly) have been clamoring for a true Linux version for many years now, and a stable version should be available before the end of 2020. If you want to try the preview yourself, you can download a Snap here. Not a fan of snaps? Fair enough -- you can add a repo and install with terminal using the directions here.