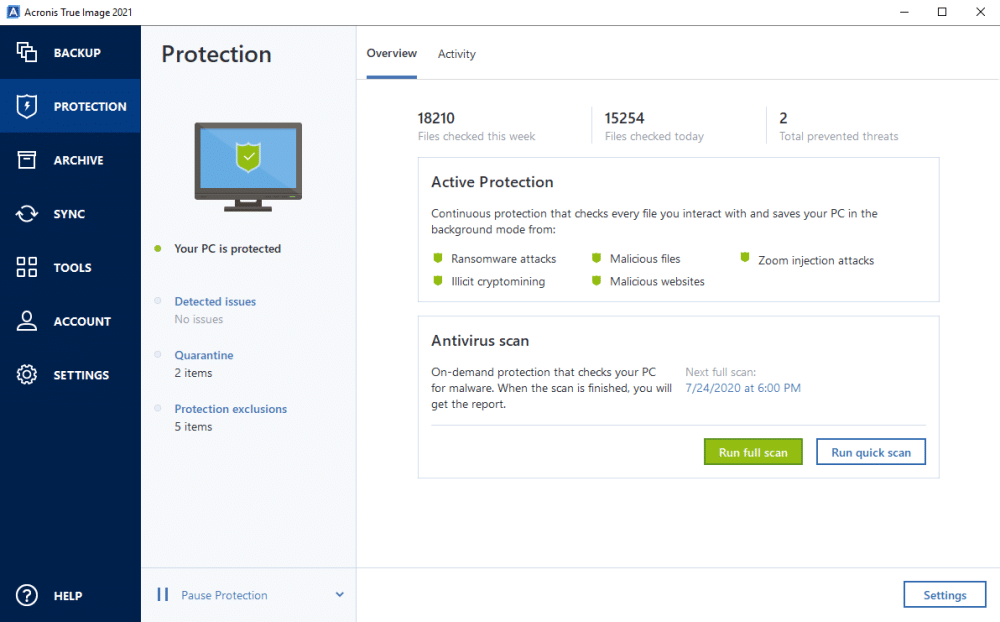 Acronis has launched a major new version of its flagship backup product with the release of Acronis TrueImage 2021. The new release has one major highlight: integrated protection against anti-malware.

There are also several minor improvements to the tool's backup engine, but the focus is very much on the new anti-malware protection, which is based on the company’s existing VB100-cerified antimalware solution, Acronis Cyber Protect Cloud.

Real-time protection comes in the form of a signature-based analyzer for removing known threats along with a PE Analyser which spots new malware based on a static machine learning model. Windows users also gain additional protection via a Behavioral Analysis engine.

Note, the real-time protection components are not design to run alongside other anti-malware software. Users should disable one or the other depending on which they plan to use to protect their computer in real time going forward.

The new antimalware component also includes standard features such as a quarantine for suspicious files, the ability to pause protection, a visual dashboard covering the app’s security features, and CPU load balancing to ensure antivirus scans don’t bring the computer grinding to a halt due to competing processes.

Acronis TrueImage 2021 also includes several improvements to its core backup tool. Resumable replications ensures data isn’t duplicated when backups are interrupted -- instead, the backup process continues from where it left off rather than starting again from scratch. 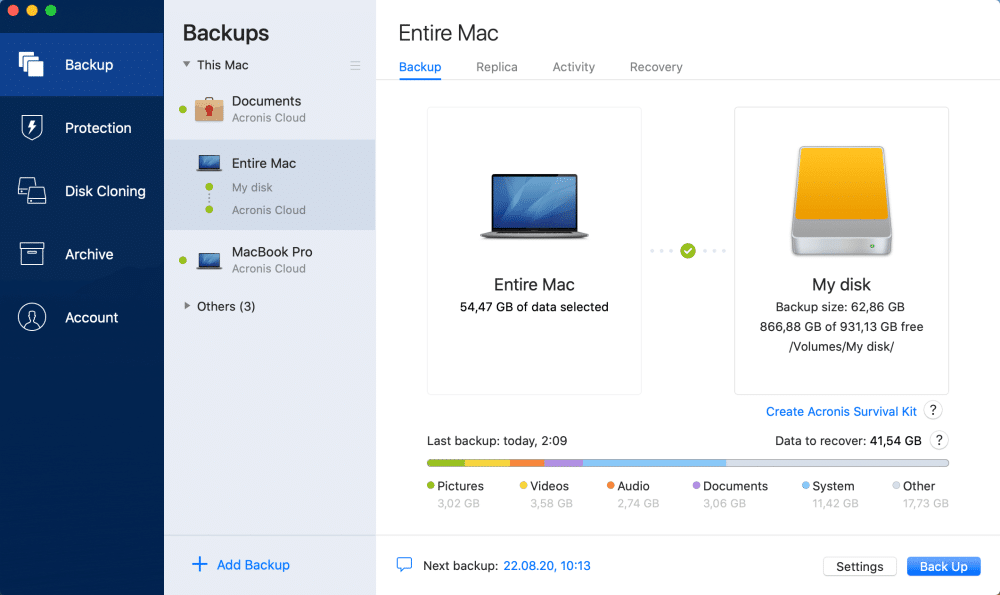 The validation of backups is also improved with a quick validation option that only verifies the latest version of a backup after it’s been completed. Users also gain the ability to mount, remove and rename .tibx archives, and even convert them to .vhd format for use as virtual machines.

Finally, Mac users gain access to a Dark mode view to match that offered by the OS.

Acronis TrueImage 2021 is available now as a free trial download for both Windows and Mac.

Several editions are available via the usual annual subscription model -- antimalware protection comes as standard with the higher end Advanced and Premium licenses, and as a three-month trial for Essential and Standard licenses. Prices start from $49.99 per year (Essential) for a single-computer license, with special launch prices available for Advanced ($69.99/year instead of $89.99/yr from November) and Premium ($99.99/yr now, $124.99/yr from November).