Microsoft recently partnered with Dell to create a special edition PC to commemorate the launch of Windows Vista. Only a few of the computers have been produced, and there are no plans to sell it, the company says. Among the specifications are a Intel Core 2 Duo Processor, a 512MB NVIDIA GeForce 7900 GTX graphics card, 4GB of SDRAM, 1TB of hard drive space, a DVD+/-RW DL disc drive, dual television tuners, a 30" widescreen monitor, and surround sound capabilities.

The PC has a rating of 5.2 on Vista's Windows Experience Index. One of the PCs was raffled off at Microsoft's internal launch party, with another going to charity. The number of PCs produced, or the plans for the other machines was not announced. 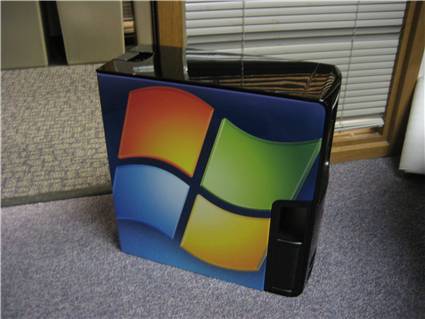