AT DIGITAL EXPERIENCE - Digeo is looking to take on TiVo with its line of Moxi digital media recorders, hoping to cash in on the ever-expanding DVR market.

While TiVo is just now moving into the cable set-top box market, Digeo is moving the opposite way with the standalone version of its Moxi digital media recorder.

The company already has similar functionality provided in set-top boxes with a limited number of cable operators, it told BetaNews.

Since its first commercial deployment in 2004, Digeo has grown to about 420,000 customers in about 100 markets nationwide. Cable partners include Charter, Comcast, and Time Warner Cable, along with several regional providers.

With the launch of its set-top products, the company is aiming to grow that base even further. Two boxes will be offered, both with high-definition capability and CableCARD support. 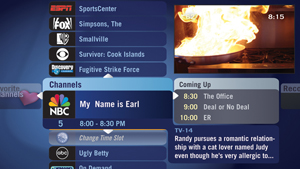 The first is the multi-room DVR, which the company says would be more appropriate for families with multiple televisions. An accessory device called the Moxi Mate would make this possible.

Other features include support for remote Web scheduling, an integrated DVD/CD player, external hard drive support, Internet functionality, and the ability to access digital media stored on a users computer on the television.

The other box is what Digeo calls the "home cinema edition," and offers more upscale features expected of a home theater system including what it calls "audiophile quality sound." It also includes the features of the more basic model. 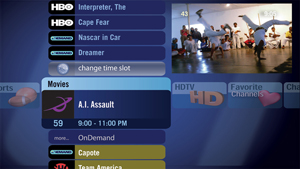 In both cases, Digeo prides itself on the menu system it has built. Instead of forcing the user to navigate through multiple pages, a horizontal menu highlights the top categories, which open to vertical menus with all the options available from that menu.

A Digeo spokeswoman told BetaNews that this makes using the product much less confusing than its competitors.

As of the press event Wednesday, pricing and availability for the new Moxi boxes were not yet available, although it was indicated that an announcement would be forthcoming "within the next few months."

Digeo was founded in 1998 by Microsoft co-founder Paul Allen. The technology behind Moxi was acquired from the purchase of Moxi Digital in 2002.