AMD had an OLPC laptop on hand to showcase the fact that its Geode processor powers the device designed for emerging markets. Navigating via the symbol-based interface proved difficult at first, but the laptop was solidly built and easy to use. We managed to take a picture with the built-in camera and share it, although the laptop became quite sluggish -- almost unusable -- when many applications were launched. 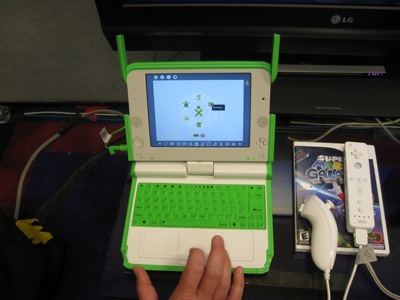 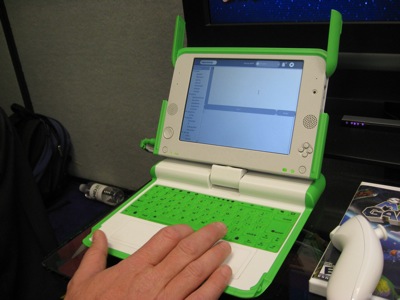