The group of hackers known as the "iPhone Dev Team" has struck once again, providing an update to its iPhone unlocking tool that works with Apple's new 2.0 software release.

Jailbreaking (making it possible to install un-sanctioned apps) and SIM-unlocking is supported for the first generation iPhone, while iPod touches can also be jailbroken. While the iPhone 3G is also supported in the new release, at this time it is only to jailbreak the device. No SIM-unlock is available, which means it must still be used on AT&T or whatever network Apple has partnered with internationally.

There is still a demand for running third-party-published applications even after the launch of the iPhone App Store, for two major major reasons: First, Apple charges developers an annual fee to list their apps in iTunes, limiting what is available. Second, applications that heavily modify the iPhone with themes or other adjustments are not available from Apple.

The update to the iPhone Dev Team's application, called PnwageTool, was released late Saturday night. The response to the application was apparently overwhelming, as the group reported that several of its servers crashed trying to keep up with demand. 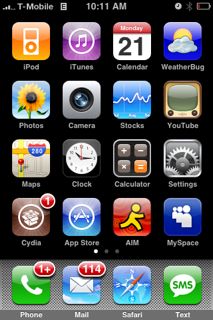 In order to bypass Apple's security, PwnageTool needs three items: the file with the 2.0 software update, the v3.9 bootloader file, and the v4.6 bootloader file. All three can be found easily on the Internet. In fact, BetaNews found on some sites the PwnageTool application already packaged with the necessary files.

Performing the jailbreak and unlock is an fairly easy task. Upon opening the application, the user selects what device model they are using, then tells the program where the locations of the three necessary files are.

From there, a custom firmware image is built, which is then used to flash the iPhone. The device must be put in "DFU mode," and is restored using the custom image created by PwnageTool.

Upon reboot, the iPhone then launches an application called Bootneuter, which flashes both the bootloader and the baseband before rebooting the phone (it's not clear if the process is the same on first-generation and iPhone 3G models). Once done, the device is fully unlocked and ready to use. 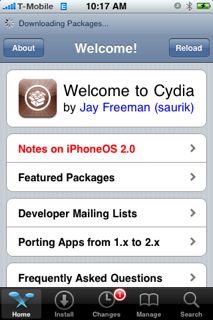 PnwageTool installs Cydia (right), which is the Installer application that is compatible with the 2.0 firmware. Support for the older Installer.app still seems to exist within the tool as Expert mode does have options to install Installer apps, although the functions do not work at this time.

Tests by BetaNews on our own unlocked first-generation iPhone showed the process to be very quick -- on the order of about 10 minutes to unlock. While this did not solve the problems the test device running on T-Mobile has had with persistent Wi-Fi, the "Call Failed" issue which has plagued the phone had disappeared.

It is not known whether the original unlock (ZiPhone had been used previously) or a bug itself (locked phones have had a similar problem as evidenced in the Apple iPhone support forums) was causing the call failed issue.

Problems with the 2.0 software running on T-Mobile's network seemed to be fairly rare. The most common issues relate to the iPhone's Mail client, and a "1600" error according the Dev Team's blog.

Some of these issues were fixed in a maintenance release that was released on Sunday night. 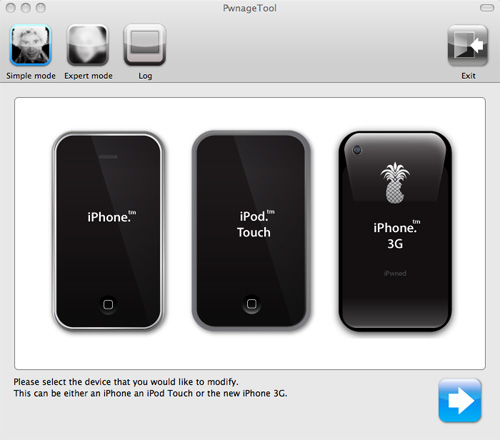