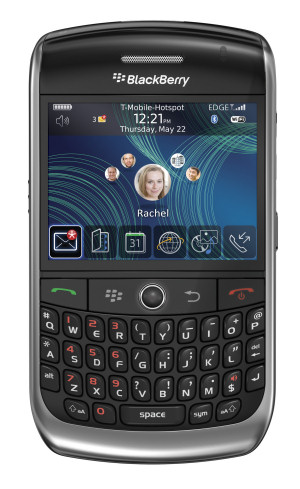 At CES, RIM is introducing a smartphone touted as the thinnest full-QWERTY BlackBerry to date. The BlackBerry Curve 8900 is one of several new phones from various vendors now being added to T-Mobile's US network.

RIM's new Curve 8900 is both thinner and lighter than older Curves in the 8300 series, which are available for T-Mobile, Verizon Wireless, and other networks, a RIM spokesperson said, speaking with Betanews at the show in Las Vegas. RIM has upgraded the Curve's built-in camera to 3.2 megapixels.

Other phones recently added to T-Mobile's network include the MOTO w233 Renew, Nokia 7510 and Samsung t119, said a T-Mobile spokesperson.

2 Responses to RIM rolls out a thinner Curve smartphone