Amazon Kindle: not a gamechanger...yet

Digital distribution has infiltrated media. We saw MP3s take over the music business, and we're seeing streaming take over the film and TV business, but will it happen to the book business too?

Who better to ask than an executive at a site dealing in the trade of good old fashioned paper books? Betanews spoke with Eric Ginsberg, the VP of marketing at startup Bookswim.com, a company whose business model is identical to the one pioneered by Netflix. At Bookswim, subscribers build a queue of books, receive them in the mail, and send them back when they're finished reading.

I asked Ginsberg what he thought of the Kindle in respect to the iPod, since personal media players were a major component involved in the disassembly of the record industry which was built upon hard copy sales. More than ten years after the introduction of the first PMPs and filesharing, the music industry still has not recovered its footing. Will the Kindle do the same to the book business? 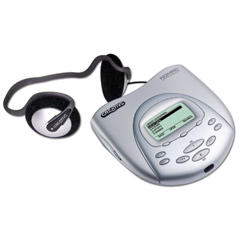 "I used to deal in consumer electronics," Ginsberg said, "and we got this MP3 player called the [Creative] Nomad...It looked like a Discman, and had 1 GB of storage, which was a lot at the time. Customers would look at the thing and say 'Oh, well how much music can it hold?' and we'd say around a thousand songs. They'd actually say 'Why would I want that many songs inside one device?' like it was too many. Now we know we can fill that up in five minutes, but back then, people didn't know what to do with the capacity."

The same can be said of the Kindle. It has not become readily apparent to the general public where an e-reader is supposed to fit into their life, and many people simply prefer the act of holding and reading a book.

"Without doubt, the book industry is struggling, and new innovations like the Kindle (for e-books), BookSwim (for rental) and Paperbackswap (for online swapping) are the future of literary distribution."

"It will get to that point eventually," said Ginsberg, "But right now, the e-book market is so young that it will be at least five years before it becomes something we'll seriously need to consider."

Five years before a solid e-book rental model needs to be devised? What do you think?

5 Responses to Amazon Kindle: not a gamechanger...yet