How to really test the Windows 7 Release Candidate

If you're like me...first of all, my apologies. Nevertheless, although you have more than one computer you use every day, you do the majority of your production work on a Windows XP Professional-based system. You could have upgraded to Vista, but you didn't, and it wasn't out of procrastination. It's because you knew the costs involved and the headaches that would ensue, and because you also knew from experience that Vista, in the end, was slower for everyday tasks than XP. Certainly it's more secure, but you have enough access to security software that you can stay vigilant and maintain your systems without serious trouble. Yes, that's if you're like me.

The promise of Windows 7 is that it's the Windows XP upgrade you've been waiting for. The problem with Windows 7 is that it won't upgrade Windows XP, at least not directly. You can make the two-step jump from XP to Win7 through Vista, as we discovered a few months ago, but you need a Vista installation disc to do it. You don't have to register the Vista installation in-between, so you can legitimately borrow one from a friend. 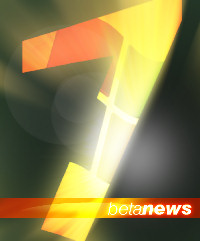 But if you're like me, then what you need to know from the Release Candidate is this: Will the software you use every day be able to survive the jump from XP to Win7 mostly intact, or would you actually sustain fewer headaches by installing Win7 on a fresh PC and reinstalling all your apps? And if the latter is the case, then should you even bother even a test upgrade?

Here's the part where I can start congratulating you for being like me, because you're at least smart enough to know that your desktop production PC should have at least two hard drives, and that your documents and media should be located on the second one (drive D:). You keep your operating system and applications on a smaller, faster hard drive that's easier to maintain and upgrade. I keep XP and its apps on an 80 GB drive -- today, it's almost impossible to find an 80 GB drive new. So now have this option: You can purchase a relatively inexpensive hard drive that can easily hold two copies of your prime partition. A half-terabyte Barracuda costs about sixty-five bucks.

Creating an image backup to an external USB drive is an almost academic process now. I use Acronis True Image as my backup program, and it hasn't failed me once -- you can download it from Fileforum, use it now, and pay for it later. You'll need a good backup program like this to take a snapshot of your C:\ drive that can be recovered later to your new, bigger hard drive without endangering the activation on your XP.

Acronis comes with a recovery system that enables you to boot a special hard disk restoration environment from CD-ROM. You'll actually want to use this to restore XP to two partitions -- one just for using XP normally and doing your regular work, and the other for testing Win7 knowing you have a safety net if all goes wrong.

As an alternative plan, if you have never used the BartPE system recovery environment, you may come to wonder why you haven't let Windows fail more often. You do have to build the recovery CD-ROM yourself, because it requires you to supply Windows XP as the kernel, and BartPE can't supply XP for itself. Once you've booted your system with BartPE in the optical drive and your new hard drive installed, you can use it to create your two partitions.

Although technically you should be able to boot essentially the same operating system (for now) from two partitions, there's a chance you may need to manually edit the BOOT.INI file to ensure that there's two options when you boot from your new hard drive, and that the second option accounts for partition(2). Once that's worked out, you should be able to boot to the partition you've chosen for your Windows 7 test.

We've heard two stories from different sides of Microsoft. Company strategist Mike Nash has been quoted as saying you should treat the RC just as though it were a final release; at the same time, we've heard it might not be desirable to "upgrade" from the RC to Windows 7 RTM once it becomes available. My suggestion is that, while you do go ahead and test your applications in the Windows 7 partition you've created, you do not plan to upgrade from the RC to Windows 7. Instead, make a note of the best practices you've learned from the business with the Win7 partition, and then be prepared to wipe the RC clean and start over with a fresh upgrade...if you take Acer's word for it, once October rolls around. As long as you keep your vital documents and media on a separate drive anyway, you do compensate a bit for all the trouble you're putting yourself through. (That said, you might consider backing up your documents and media anyway before proceeding, for reasons I'll talk about in a bit.)

Next: What should you be testing for?