The first I heard of Michael Jackson's death was six minutes before he was pronounced dead. That's saying something, because I'm not exactly the expert on pop culture, so my ability to have prognosticated the near future, based on something a little bird told me, on the subject of a fellow I seriously believed was still living in Tokyo, would normally be suspect. But there it was, in one of my IM feeds at about 5:20 Eastern time last Thursday, "Michael Jackson died."

My friend and colleague Angela Gunn suggested last Friday that something changed in the fabric of online journalism that day -- a high water mark had at last been reached. And indeed she may be correct, because if this Internet thing is capable of predicting the future even six minutes down the road, then I may want to get into the stock trading business.

Something obviously shook and rumbled as far as Internet fabric is concerned. As early as a quarter to five that day, all of us at Betanews who keep up with one another remotely via IM reported that our messages were not getting through. At first, I assumed we were all testing the latest Trillian Astra beta, which had been responsible for several Vista crashes here. My office's Comcast connection was knocked off about three times, and during one such episode, our bypass Verizon Wireless connection would not operate either.

The reason for all of this, engineers suspect, is that Internet services were not prepared for the excessive spike in traffic, from folks like me who received messages from a hole in the space-time continuum, and were searching for verification.

At the particular moment I tuned in last Thursday, CNN's Wolf Blitzer was speaking with a State Dept. official, a congressperson, and a correspondent about something that must have been far less important at the time, like the possibility of rioting in the streets of Iran over a rigged election. Just another revolution. Eventually, the old media guys got around to interrupting this boring diplomatic discussion, to confirm the news that Jackson had been rushed to a hospital.

As this minute-by-minute SEO blog details, TMZ.com was able to post the news of Jackson's death a full hour before CNN. St. Petersburg Times media columnist Eric Deggans wrote, "The [TMZ] scoop provides also another strong argument for the usefulness of reliable outlets which normally traffic in tales of public intoxication by celebrities. It also raises yet another challenge for traditional news outlets, still scrambling to keep pace with a younger pop culture press moving quicker to break and advance the hottest show business news."

That's a nice compliment for Harvey Levin, born 1951, the former attorney who now serves as the editor-in-chief of TMZ. Of course, Deggans' assessment overlooks the fact that TMZ and CNN -- the old media institution it presumably scooped -- are both owned by the same corporation: Time Warner, about as "new media" as my VCR.

So you have to wonder what it would have taken for one arm of the company to call up another arm of the company. Using a telephone, or whatever it is the young, pop culture press uses nowadays. "Hi, Harvey? Wolf. Hey, we saw a tweet from Six Minutes Into the Future saying Michael Jordan had died. Oh, I'm sorry, I meant Jackson. Did you see that same tweet by any chance?"

On the other hand, perhaps CNN was using the telephone at the time. In-between Middle Eastern revolutions, someone may have been calling the hospital, the family, Tito Jackson, Jesse Jackson, not only for confirmation but for a voucher that the next of kin had all been adequately notified. You remember journalism, don't you? Or is that too much "old media?"

Meanwhile, while the left hand of Time Warner was scooping the other left hand, the public at large was apparently desperately trying to confirm the same news. We know this because for a half-hour period in the middle of the afternoon, Google -- the institution that is asking users to entrust their personal data to its cloud -- failed to function properly for at least a half-hour period last Thursday, as mentioned in this CNN.com story which features a sweet little cartoon for the deceased.

Google. Now, folks, there's a scene in the movie Patton where the general tells his adjutant how he knows the Germans are losing the war: He notices they're using ox carts to move their dead. As a journalist, I'm a little something of a detective. And my good senses reveal that when a global population, seeking confirmation of an important news story, turns to Google, it's not a sign that we're winning this war.

When an earlier generation, seeking news on the bombing of London, turned to Edward R. Murrow; their descendants turned to Walter Cronkite for news on the assassination of John F. Kennedy; and this generation, for the death of a pop culture star, turns to Google...that is an indication of something very telling about the true state of electronic journalism. People turn to Google to locate answers when they don't know where the answers will come from. They don't know what the source will be -- whether it's TMZ or CNN or IMDB. If they're going to Google -- not just thousands of them, but tens of millions -- then there is no authoritative voice for news, no single obvious source of validation. We're all just relying on our plurality to verify and validate what we think (or some of us may secretly hope) the facts are; if enough people ask, "Is Michael Jackson really dead?" then it must mean he's as good as dead. And won't that be an item? 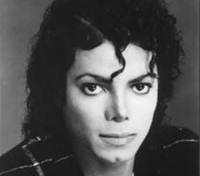 For news of the death of Michael Jackson, the volume of people turning to Google, from the perspective of everyday online users, appeared to "break the Internet." For this, SEOMOZ.org blogger Danny Dover blames...Google, for not being prepared to handle a global emergency of this magnitude. Now, I'm old enough to remember the day when terrorists flew planes into big public buildings. Back then, the Internet didn't break because we had CNN (the TV channel). If the millions who would have watched CNN or any kind of news authority are instead scrambling online over a failing connection for tweets, blips, or beeps to validate their suspicions with more suspicions, then the Internet has no reason to congratulate itself this week.

That's not Google's fault. And it's not yours either.

15 Responses to A Michael Jackson post-mortem on Internet journalism