Windows Mobile 6.0 and 6.1 will get Marketplace, too 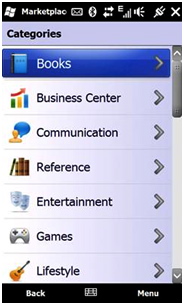 Microsoft's App Marketplace looked like one of the few reasons for Windows Mobile 6.1 users to look forward to the 6.5 OS update. Now, however, those millions of WM6 and WM6.1 users will be provided access to the app store by the end of 2009 as well, according to a Windows Mobile Team announcement today.

Windows Mobile 6.5 will at least be granted first access to the Marketplace when it launches in the Fall.

Prior to the launch, registered Windows Mobile Marketplace developers will be able to submit their creations on July 27.

Though Apple today just announced that its own iTunes App Store just passed 1.5 billion downloads (netting 500 million downloads in just three months), that particular app store has never exactly pandered to those with a need for productivity apps.

21 Responses to Windows Mobile 6.0 and 6.1 will get Marketplace, too