Yesterday, the Chinese Ministry of Culture announced that gangster-themed online games have been banned in China as they pose "a serious threat to distort the rule of law and moral standards of society." 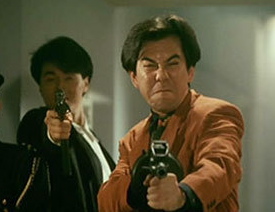 Games which promote "fighting, murder, robbery, rape, cheating, or other antisocial behavior" have been deemed illegal content. Web sites hosting, publicizing or linking to games that have organized crime as a major theme face severe punishment. The severity of punishment, however, was not explained by state media.

With about 200 million users and revenue of more than $3.5 billion, Online gaming in China is a huge industry, expected to grow as much as 50% this year.

"If games stick to the fantastical or the mythological, there should be no problem," Chen Yongjin, the founder of an online game company in Beijing told the New York Times.