Microsoft and the Econolypse: One Year Later

One year ago, Lehman Brothers failed, setting off a disastrous downturn in the global economy. For the United States, there is no recovery in sight -- or so I assert. Microsoft CEO Steve Ballmer is right to call any recovery a "reset" to a lower level. One question to ask: What is Microsoft's position -- and that of some other high-tech companies -- now compared to September 2008?

Where Are They Now?

So where are these companies now, as of market close today (present) compared to Sept. 29, 2008, market close (past)?

Microsoft's market cap is actually less today than it was on Sept. 29, 2008 -- $228.35 billion. Nor are Microsoft shares trading much differently than the day of the market collapse. That said, Microsoft shares are up considerably from March 2009 and a 52-week low of $14.87. I credit the change less to the economy and more to proactive actions taken by Microsoft, particularly its marketing efforts. 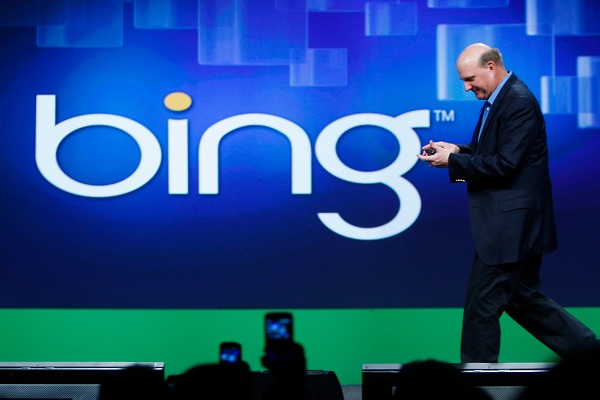 "The Rookies" advertising campaign started in early February and "Laptop Hunters" in late March. Microsoft followed these up with the wonderful "Bing" campaign in June. Microsoft enthusiasts and product reviewers have generally praised Windows 7, which launches on October 22nd. Clearly some investors also feel giddy about Microsoft's search deal with Yahoo. Microsoft is raising perceptions, and, I believe, dramatically boosting its share price, too. Still, gains since March have only brought Microsoft shares back to econolypse day levels.

By comparison, Apple is a seemingly unstoppable force on Wall Street. The company has recovered in a big way, and while its charismatic CEO was out on medical leave. Apple's valuation is only about $2.2 billion less than it was on Aug. 13, 2008, and its share price is up about $70 from last year's stock market crash. By measure of valuation, Apple once again exceeds Google. Lots of people point to Apple's product portfolio as major reason for its recovery. Dog poop, I say. Apple has done much better managing perceptions, even with CEO Steve Jobs out most of the year to date.

As I've asserted for years, in business perception is everything. Positive perception is especially important for public companies, which are at the mercy of seemingly fickle investors. One bad rumor can send a stock plummeting. Apple execs have been saying what Wall Street investors want to hear: What is the upside. How will this or that product or service generate more income and make higher margins. Apple gets a little boost from journalists, many of whom use iPhones or Macs. There is a wee bit of built-in bias there.

The point: There is plenty of Apple love out there, and the company has done well positioning its products as cool and innovative. Meanwhile, Apple has continued to give Wall Street analysts guidance about coming quarters. By comparison, Microsoft stopped giving financial guidance late last year. Exactly what kind of perception is either approach going to elicit?

Perhaps Microsoft executives fear that no guidance is better than bad. I don't believe Microsoft's poppycock talk that the economy is too volatile for the company to guess what the next quarter(s) might bring. I'm convinced that Microsoft bean counters can guess all too well, but no one dares say because the projections aren't good. Oh yeah? Horse poop (We're moving up in size from doggy doo). I think Microsoft has more to gain by giving guidance and managing perceptions around it than letting Wall Street analysts and investors form their own negative perceptions; that's easy enough to do when comparing to Apple.

Even negative news could build positive perceptions, if only Microsoft took the risk. Let's start by answering the "how are they doing question" another way: Second calendar quarter earnings. Microsoft revenue declined year over year in all product groups -- 29 percent for the Client division. Microsoft ended its 2009 fiscal year, with yearly revenue declining for the first time ever. By comparison, Apple revenue grew 12 percent year over year during second calendar quarter. That said, revenue declined in four product categories -- desktops, iPods, peripherals and portables. Apple may bask in the light of Wall Street's glory, but it is in some ways a darker performer than Microsoft. Apple's second quarter calendar revenue was $8.34 billion and profits $1.23 billion, or $1.34 a share. By comparison, Microsoft revenue reached $13.1 billion and profits $3.05 billion, or 34 cents a share. Even during dire times, Microsoft is a money machine, a fact not demonstrated by investor behavior for nearly a decade. Sure revenue declined recently, but the fundamentals are strong.

Microsoft is managing perceptions much better than six months ago. The company must keep up the marketing. Advertise, advertise, advertise -- bbe it Bing, Windows Live, Windows 7, Xbox or Zune. It's time for Microsoft to pump more marketing iron and better perceptions with it (Appearance matters, right? Why shouldn't Microsoft be cut?). But more than marketing is needed. Microsoft must give financial guidance again to Wall Street. Even if the road ahead is rocky, at least there will be perception Microsoft has a map and directions from navigating that rocky road to the fast highway of increased revenue (Have I mixed enough metaphors yet?).

That's where Microsoft can do its customers a service for rightly setting expectations around the recovery. The econolypse isn't over, and it won't be for sometime yet. Recovery is likely to come first in emerging markets, which is good news for Microsoft. But the recovery will be slow, because America and Americans have amassed more debt now than before any other recession. As I explained in a July 2009 post on my Oddly Together blog: Debt was the major catalyst driving economic growth post 9-11 for about five years. Debt weighs down businesses, consumers and government.

The debt derived from an artificial economy buoyed by cheap credit and mortgage investments. The economy creating the debt is gone and with it the easy means of clearing away the debt. Steve Ballmer's "reset" assertion makes loads of sense in this context.

But he and Microsoft management send the wrong message -- create the wrong perception -- about the reset. Based on public statements, corporate Microsoft sees the econolypse through tunnel vision of reduced technology spending and declining PC sales. Instead, the company should emphasize value -- the value of Microsoft software and its partners' supporting hardware, services and software. Microsoft must raise its perception around value, like it did during the 1980s and 1990s PC growth market. There has been some good value messaging, but it needs to be everywhere. Microsoft has let Apple control perception messaging for far too long.

On this first of two econolypse anniversaries -- the second on September 29 -- Microsoft executives should rally the troops around the Windows flag for one last stand -- and perhaps the first for post-econolypse world. OK, perhaps that really is one metaphor too many.

7 Responses to Microsoft and the Econolypse: One Year Later