The new year is time for reflection and planning. I've got a New Year's resolution for Microsoft: Buy Palm and use the hardware and software to jumpstart your mobile strategy. Palm the company is struggling and may not survive past 2010. But its technology is worthwhile. WebOS is a modern, mobile operating system. So what if it's based on Linux? What operating system did Hotmail run when Microsoft bought it more than a decade ago? You know the answer. Linux is better than nothing.

My list is in no order of importance, because all the reasons are important and they are interrelated.

1. Palm would be cheap and a much more sensible purchase than Research in Motion. Today, Palm stock closed around 10 bucks a share. The company's market capitalization is around $1.7 billion. Other commentators have suggested Microsoft should buy RIM, but the Canadian company would cost more and bring along lots of legacy technology, carrier relationships and manufacturing and hardware infrastructure. Then there is the problem of overlap -- for business customers, developers and hardware manufacturers -- with Windows Mobile/Phone. Even if Microsoft paid more than market valuation, Palm would be a bargain for the technology and market jumping position.

2. WebOS is a modern, mobile operating system. Palm's OS is attractive, user friendly and built for cloud service synchronization. From UI to kernel, WebOS is everything Windows Mobile isn't. Microsoft doesn't get enough credit for Windows Mobile's kernel or the multitasking plumbing for good reason: The user interface is tired, bringing the desktop Windows motif where it doesn't belong. WebOS is fit and finish along the entire operating system stack. Palm has developer resources in place, but Microsoft has stronger developer channel to maximize them. 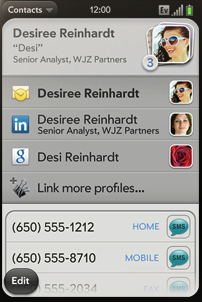 3. Palm got sync right. Yesterday, I explained why sync is the killer application for the connected world. WebOS syncs to various cloud services -- and, yes, it supports Microsoft Exchange -- with capability of combing information from different sources into a single contact or calendar entries.

4. WebOS ships with a decent browser. Microsoft's mobile browser sucks. It's an embarrassment. Palm's mobile browser, like Apple's and Google's, is based on WebKit. In September, I strongly recommended that Microsoft develop a WebKit browser. Hey, Palm has got a good one. Microsoft should use it. Smartphones are all about the Web. They're no longer just about e-mail or mobile access to productivity suite data. A good browser is table stakes, particularly with connected, mobile applications as alternatives. Microsoft needs a good mobile browser last year.

5. Google plans an event next week where the Nexus One may be launched. Time magazine named the Motorola Droid gadget of the year. Barnes & Noble's Nook ebook reader also runs Android. The point: Google is rapidly building momentum around Android, particularly positive perceptions the company has the new, next big thing. Nexus One will be poster smartphone, so to speak. Next week's Google event is sure to raise positive perceptions.

6. Palm technology would generate excitement about Microsoft's mobile strategy. In business perception is everything. Microsoft is a mobile device also-ran even as key categories explode. Microsoft was an early, ebook software leader a decade ago. Now it's Amazon leading the ebook market. Microsoft was an early PDA operating system innovator, and one successful enough to push aside Palm (which, granted, made plenty of mistakes). But Apple, Google and RIM successes pushed aside Microsoft's early mobile handset successes. Palm would change perceptions -- and if Microsoft smartly handled the acquisition -- likely would reverse both companies' declining mobile fortunes. Microsoft could take two also-rans and turn them into a runner. 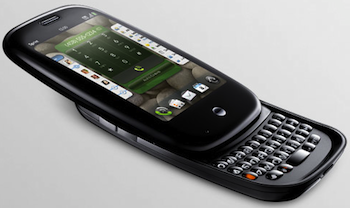 7. Microsoft can immediately sell a branded phone without directly competing with hardware partners. Microsoft needs to sell its own phone but also needs to license an operating system to hardware manufacturers. For a time, Microsoft could offer WebOS handsets as end-to-end solutions, while licensing Windows Mobile to handset manufacturers.

8. WebOS would be a compelling alternative to Android. Microsoft should make WebOS available to hardware manufacturers, too. With Microsoft's marketing, developer tools and developer channel might, WebOS could gain the fierce third-party support it has so far lacked. Palm has a great product, but doesn't command the confidence of enough partners -- or even customers. Handset manufacturers abandoning Windows Mobile for Android would have a good reason to stick with Microsoft for awhile longer.

10. There's not enough time to fix the Windows Mobile/Phone problem. When explaining why Microsoft passed on YouTube for about a half billion bucks six months before Google smartly paid $1.6 billion, Microsoft CEO Steve Ballmer said the company does cost-versus-buy analyses of acquisitions. Microsoft chose wrongly with YouTube. Right now the cost in getting the mobile strategy working is time that Microsoft can't afford. Buying Palm, for whatever it costs, would be the quickest way to more level the competing field with Apple, Google and even RIM.

60 Responses to 10 reasons why Microsoft must buy Palm now