Why Steve Ballmer's CES keynote was boring: Microsoft is looking back, not forward

The keynote, featuring CEO Steve Ballmer and accompanied by Entertainment & Devices president Robbie Bach, trumpeted what Microsoft long ago called "better together" -- a term that may be as much relic at the company as the strategy should be. Who knows what term Microsoft now uses for the strategy, which is about making Product A better by connecting it to Product B, or C. Better together is a sensible marketing strategy, but from a product development perspective worked -- ah, better -- for Microsoft when it was a growth company.

Today's mature Microsoft, lumbering up the Information Superhighway in its 18-wheeler, can't move as fast as young Web companies. It's long past time Microsoft lightened the load. Better together is a good strategy for growth companies, which tend to move new products to market faster and can pick up new customers through integration of features among existing products. Mature companies can hold back innovation by tying too much new product development to existing, successful products. For Microsoft, better together is a burden.

Microsoft's keynote got off to a bad start because of a power failure. It was bad luck or perhaps jab or joke from the universe or deity -- that the keynote would lack power. Ballmer finally took the keynote stage more than a half-hour late, wearing a red sweater, which I liked, by the way. The sweater suits Ballmer. But the sweater was the only thing loud coming from the the Big B last night. In this case, B also meant boring in a keynote that just never hit its stride.

By far, Mediaroom 2.0 was the best Microsoft CES keynote announcement, and it's not even a direct consumer product. Mediaroom also is metaphor for the kind of sluggish product development that drives better together all too slowly. 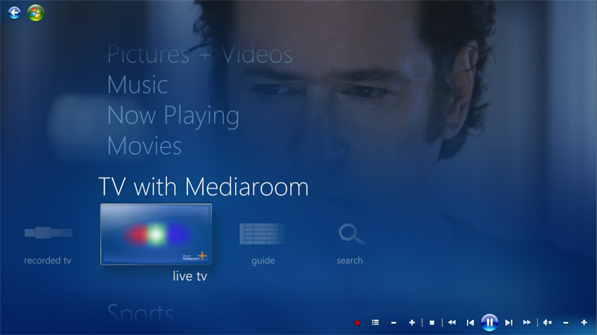 Mediaroom 2.0 is a vital better together component for Microsoft's living room strategy, providing IPTV providers like AT&T capability to deliver programming directly to Xbox 360 or Windows 7 Media Center. The unifying approach was truly innovative back in 2003, when I first heard about it. Microsoft hadn't yet released Mediaroom, but offered predecessor TV Foundation for cable operators. Ed Graczyk, then marketing director for Microsoft TV, and I spoke about the company's living room strategy, which I wrote about for JupiterResearch's now defunct Microsoft Monitor blog in a post simply titled: "Microsoft's 'Better Together' Strategy." Excerpt:

There's also a big win for Microsoft, and one that is part of the company's long-term vision for unifying PCs in the den with televisions and consumer electronics devices in the living room. I asked Mr. Graczyk about how Microsoft TV Foundation might benefit users of other Microsoft products. After all, Windows XP Media Center also serves up a program guide.

He then went on to describe Microsoft's 'better together' strategy, where the company does plan some synergy around cable content, Microsoft TV Foundation and products like Windows Media Center or the Xbox game console. So in one scenario, a Windows Media Center PC might use the cable box's program guide to schedule shows for digital video recording. In another, games could be delivered by the cable operator through the digital box to Microsoft's game console.

That kind of distribution potentially would open up new revenue opportunities for games publishers, cable operators and Microsoft, whether games run permanently on Xbox or for a limited time in a games-on-demand type service. Mr. Graczyk also discussed other content delivery or sharing options, at least in networked homes, on handhelds and other devices running Microsoft software.

Future Past isn't a Good Strategy

For anyone watching last night's CES opening keynote, Microsoft promises to deliver in Mediaroom 2.0 much of what Graczyk spoke about six-and-a-half years ago. However, there are several problems: 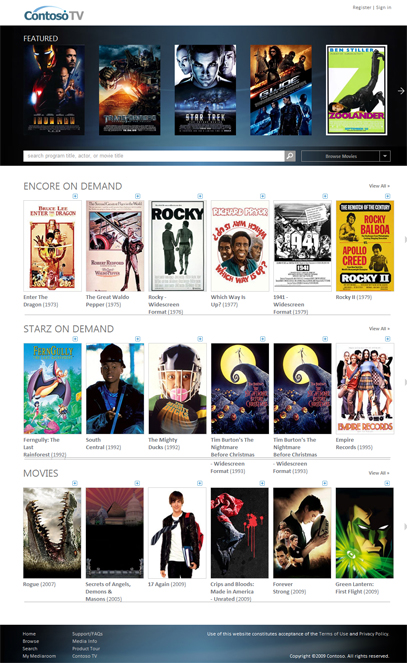 Video consumption is no longer just about television sets or being bound to the living room. Consumers increasingly want to get their video content anytime, anywhere and on anything. Big screens are big, but the living room is but one context for consuming video. According to ComScore, U.S. Internet users watched a record 30.9 billion videos online in November, 12.2 billion at Google sites, with YouTube accounting for 99 percent. U.S. Internet users watched 924 million videos at second-ranked Hulu, or average 21.1 videos -- that's 2.1 hours average per person. Nearly 85 percent of the total U.S. Internet audience watched videos online in November, or 12.2 hours average.

By the way, I am a U-verse customer (since February 2008) who simply loves the service. AT&T and Microsoft have done great work. The program guide is simple and usable. U-verse can record up to four TV shows simultaneously -- two in HD. No other TV service I've used -- Cox, Verizon or Warner -- compares. My buddies using satellite services coo when they see U-verse in my home and one by one switch when it becomes available in their areas. Mediaroom actually is a visionary product -- one of the best things to come out of Microsoft in years. But it's too slowly advancing -- and for that cable and telco operators bear some of the blame. That said, video consumption is changing, and Microsoft isn't keeping pace. The vision Microsoft articulated in 2003 is the one largely executed on in Mediaroom 2.0. The market changed, but not Microsoft's strategy.

Like many other consumers, as a U-verse customer, I'm more interested in content on the go rather than content plopping me on the couch. U-verse for my smartphone -- and not just one running Windows Mobile -- would be exciting. How Microsoft's Mediaroom 2.0 cloud services meet mobile needs could be visionary. For example, Mediaroom 2.0's in-Web browser video-on-demand services look really promising and could help cable operators and telcos better compete with services like Hulu. It's innovation, but not if it takes another 7 years to come to market. That said, Amazon and Netflix, among other services providers, offer VoD in a browser today. Microsoft still chases the future.

Microsoft is moving too slowly. Better together is a major reason. It's long past time that Microsoft developed new and exciting consumer products free of Office's or Windows' weight -- or that of its other products or services. Microsoft should innovate new products for which Office and Windows must connect, not the other way around. Better together should be about the innovative future pulling the innovative past.

26 Responses to Why Steve Ballmer's CES keynote was boring: Microsoft is looking back, not forward