12 reasons why I won't buy an Apple iPad

Yesterday, I asked Betanews readers if they would buy and Apple iPad. You responded with a resounding, "No!" I won't buy one either, and I've got 12 reasons why. I couldn't limit the list to the usual 10. I've got a dozen.

For me, there's relief in yesterday's iPad announcement. After nearly a month of insanity -- with geekdom acting like Jesus was coming on the clouds to set up his heavenly kingdom -- the aura is fading. Apple's tablet didn't live up to the hype or the lofty "it will change the world" expectations so many people attached to it. Some pundits called Apple's smartphone the Jesus phone. I don't expect that many will assign such aspirations to iPad, which isn't the slightest bit category changing.

I agree with Samuel Axon, who writes at Mashable: "The iPad isn't going to be a phenomenon with either netbook users or power users. It's not better than existing devices at anything, and it's too expensive for most people to use it as a secondary device." My prediction: Apple's tablet will be Jack of trades and master of none.

With that, I present my dozen reasons for not buying iPad, despite the allure of its pretty user interface. Perhaps as some Betanews readers asserted, iPad will be a version 3 success. That product is years away. Now to my reasons:

1. The iPad isn't good enough to replace smartphone or laptop. Apple's tablet offers too much functionality that overlaps the smartphone below and laptop above. The overlap makes the $499 to $829 price hard to justify. The iPhone 3GS, many Android smartphones (like the Nexus One) and Nokia N Series handsets offer most of the important, similar capabilities, with benefit of persistent data connection. The smartphone is a device always and easily carried, while the iPad is too big for the pocket.

A Windows laptop would offer way more functionality -- and for about the same price, or even less, than iPad. Sure, iPad costs less than a Macbook or MacBook Pro, but those laptops run a real desktop operating system, while iPad packs iPhone OS. From that perspective compared to Windows laptops, iPad costs even more for much less.

More importantly -- and this should have been a separate point -- there's no multitasking. My smartphone and laptop allow background applications to run. From that perspective, iPad is functionally inferior to the two other devices.

2. Persistant data connection costs too much. The cheapo, 16GB model sells for $499 with 802.11n wireless. For 3G, buyers must pony up between $629 and $829 plus another $30/month to AT&T for data service. Well, there's a 15-buck plan for 250MB of data. Amazon's Kindle and Barnes and Noble Nook ebook readers come with free 3G service. Sure, iPad does so much more, but the user not only pays about twice as much for the device but $15 or $30 month, instead of nothing. The bigger question: Why pay for two 3G services -- smartphone and iPad? My answer is none.

3. Web experience is inferior to other devices in its size class: Apple's promotional Website claims that iPad is "the best way to experience the Web." But the device doesn't support Adobe Flash, for starters, and that means the experience is no better than iPhone or iPod touch and less than comparably sized PC slates or netbooks running desktop or desktop-class browsers. Hell, my smaller Nokia N900 smartphone, with 800 x 480 screen resolution, packs a full Mozilla browser that runs Flash.

4. Screen resolution is inadequate: iPad's native screen resolution is only 1028 x 768. That's simply too little for the size and price, particularly when many PC slates, netbooks or laptops offer higher screen resolution for about the same price. Pixel density is 132 per inch. By comparison, my N900 is 267 pixels per inch -- granted with only 800 x 400 display. But iPad ships with a LED display, for which I want more ppi, not less.

5. Aspect ratio is 4:3 in a 16:9 world. Widescreen everything is today's video consumption standard. But iPad's aspect ratio takes you back to the last decade. My smartphone not only displays video in 16:9 ratio, it shoots photos that way, too.

6. It's nothing more -- and some things less -- than a big iPhone (without cellular voice) or iPod touch. Like its small siblings, iPad runs iPhone OS, accesses iTunes Store and built-in App Store, displays photos, plays movies and music, etc., etc., etc. OK, so there is iWork and bigger screen. I'm not pining for the differences.

7. There's no camera. But there should be two, one pointing outwards for taking photos and supporting applications and another inward facing for video conferencing. Camera is one of the greatest utilities on most portable devices, whether cell phones, laptops or even netbooks. Camera already is important on cell phones for using third-party services like Amazon product search, barcode search and location informational services. 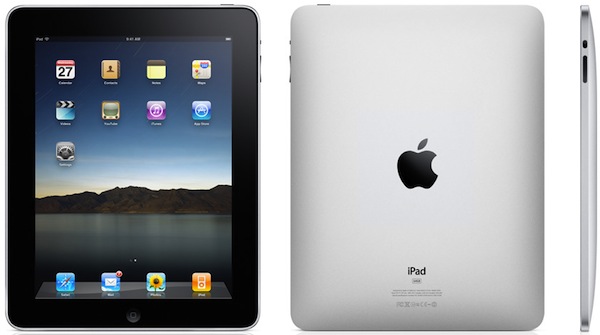 8. Connectivity options are limited without paying more money. In the Apple world of giving users less they pay more to get what they need. The iPad uses the same connector as iPhone or iPod touch, and Apple ships the same USB cable as comes with the smaller devices. There's no HDMI port or any other useful one. It's either pay Apple more for the connectors -- gasp, even for a digital camera -- or make do with wireless options, which should be good enough for printing but not connecting to projectors or TVs.

9. Accessories tell the real story -- iPad isn't good enough at any of its price points. Reiterating #8, iPad demos well as a slick tablet, but to use many of its features users will need to pay more to Apple for accessories, like the aforementioned camera connectors (there are two) and the keyboard dock. During yesterday's iPad launch event, Apple CEO Steve Jobs emphasized the ease of using the virtual keyboard like a real one. But writing for Gizmodo, John Herrman asserts: "The iPad's onscreen typing solution Isn't a solution at all." The thumbs are important for typing on smartphones, but iPad's virtual keyboard needs to be more touch-type ready. Hermann writes: "Seriously, this thing's got its own version of iWork -- you're supposed to type on it. That explains the giant hardware keyboard attachment, I guess!"

10. The iPad requires a Mac or PC. That USB connector comes with iPad for a reason. The tablet would make more sense as a standalone device connecting to cloud services. In #1, I dinged iPad for not being a smartphone or laptop replacement. Sadly, that's by design.

11. There's no GPS on three models -- not without 3G radio. No-3G limits the device's mapping capabilities and its ability to spatially orientate for using augmented reality applications. The accelerometer and compass are OK -- as they are on iPod touch -- but 3G makes a big difference when also orienting location. GPS is available on three 3G iPad models, but buyers will pay more for the device and for monthly data service fees.

12. It's a closed system. Actually it's a step backwards. Apple has brought back the onerous developer non-disclosure agreement. Apple had lifted NDAs for App Store, but they're b-a-a-a-ck! At a time when Google and Nokia are pushing open-source operating systems and mobile applications stacks, Apple's approach ranks of last-century software development practices. We've been there with Microsoft. Must we trade Microsoft closed for Apple closed? Something else: Everything is tied to iTunes Store, which is as closed as Apple is secretive about new products.