Windows Phone 7 Series: The good, the bad and the ugly

Earlier today, Microsoft CEO Steve Ballmer announced Windows Phone 7 Series at Mobile World Congress in Barcelona, Spain. The new operating system is a bold move for Microsoft, which is looking to reinvigorate its mobile strategy. But how bold is Windows Phone 7 Series in context of other mobile platforms? That's the question this post seeks to answer.

The Good. Finally, Microsoft is on a path of reinvention, which its mobile operating system desperately needed. Windows Phone 7 is something new, deriving heritage from Zune. Windows Phone 7 Series is a refreshing departure from Windows Mobile -- it demos well, anyway. Microsoft finally is making the kind of commitment necessary to once again be a major competitor in the handset market. Microsoft also seems to have at least some sense about how the mobile device market is changing.

Last week, IDC reported that the mobile sector, which now is an $850 billion market, accounts for nearly 60 percent of the global telecom market. Combined analyst data puts the worldwide mobile subscriber base at 4.6 billion. IDC predicts another 1.3 billion subscribers will be added by 2013.

"The mobile sector is in transition from its prior focus on subscriber growth," Courtney Munroe, group vice president of IDC Worldwide Telecommunications, said in a statement. "The expanding demographics of smartphones and new operating systems, the arrival of mobile broadband, and the explosive growth of applications and content are combining to reshape the landscape of mobile telecommunications." 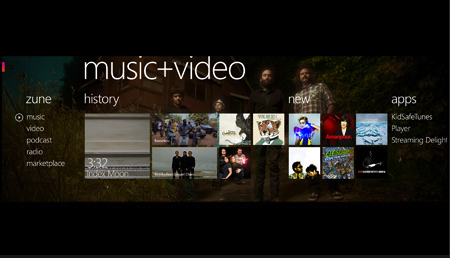 The point: Microsoft still has time to recover lost momentum and consumer mindshare.

The Bad. The transition from Windows Mobile to Windows Phone 7 could cost Microsoft market share, as manufacturers transition from one operating system to another and consumers delay purchases (or buy a competing handset). Today's announcement makes Windows Mobile even less appealing, because something new is coming.

In fourth quarter, based on a survey of 30,000 US consumers, ComScore put Microsoft handset subscriber share at 18 percent. Research in Motion: 41.6 percent. Apple: 25.3 percent. Google: 5.2 percent, up from 2.5 percent three months earlier.

The Ugly. Microsoft is taking too long to bring Windows Phone 7 Series to market. Today, Microsoft announced holiday 2010 availability for new handsets, which isn't soon enough. In between, Apple will start selling iPad and is sure to release a new iPhone. What's trendy from Microsoft today could look less appealing come the holidays. New Android-based and Nokia handsets are sure to ship in between, too.

The Good. Microsoft has done well to leverage existing products or services, such as Xbox and Zune, for Windows Phone 7 Series. The new Mobile IE will be based on the desktop version 8 and no longer 6, which should hugely improve the browsing experience and safety. Windows Phone 7 Series devices will also extend to Web services through features like "hubs" and "live tiles." However, I predict that Windows Phone 7 Series poses greater risk to BlackBerry, rather than Android-based handsets or iPhone.

The Bad. Microsoft's core leveraged applications are games and music, where Apple has a huge lead, with consumers and developers, on iPhone, iPod touch and presumably forthcoming iPad. Microsoft's core entertainment push knocks up against Apple's huge lead. Microsoft will offer mobile Office on Windows Phone 7, which I contend is totally unnecessary for consumers, although it's good for extending and preserving Microsoft's productivity suite monopoly.

The Ugly. For years, Microsoft executives have talked about software plus services. But on mobile devices, Apple and not Microsoft has brought them to market. Apple claims about 135,000 mobile applications in the iTunes App Store and more than 3 billion downloads. Meanwhile, Google, which does offer the Android Marketplace, is pushing Web services, leveraging its strengths and offering alternatives to mobile applications. Once again, Microsoft's long time to market -- holiday 2010 -- will allow competitors to widen their leads. 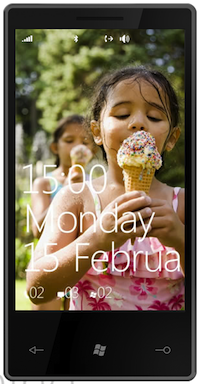 The Good. Microsoft is using the time between Windows Phone 7 Series' announcement and availability wisely, For starters, the company plans to woo developers during next month's MIX10 conference. Meanwhile, Microsoft is opening up its mobile platform to more third-party customization than does Apple (but not Google or Nokia). Microsoft also is a notoriously good development partner, providing lots of documentation and support.

The Bad. Windows Phone 7 Series doesn't really offer anything shockingly new for developers to embrace -- other than perhaps Office support. That's great for the enterprise market, but Microsoft needs to make a big consumer play. Microsoft will have to work developers all year long, and, once again, time to market -- meaning, when developers can profit from the platform -- is a deterrent to supporting it.

23 Responses to Windows Phone 7 Series: The good, the bad and the ugly