The need for an American national broadband deployment plan, focused at the time on extending broadband access to rural areas, was not initiated by current Federal Communications Commission Commissioner Julius Genachowski. It was proposed last May by his immediate predecessor, then-Acting Chariman Michael Copps, who remains a commissioner today. Copps' proposition likened the deployment of a national broadband strategy to the historically successful construction of the interstate highway system -- Pres. Dwight D. Eisenhower's crowning achievement after D-Day (PDF available here).

Comm. Copps invoked that analogy in order to emphasize not only the tremendous public works effort that would be required, in his view, to deploy truly fast broadband Internet service cross-country, but also a massive public/private partnership that relied on corporate investment, and faith in an eventual supreme payoff for all of American industry.

At one point quoting the former President, Comm. Copps wrote in May, "The interstate highway system provides another example of the success public-private partnerships have had in stimulating infrastructure development. The Federal-Aid Highway Act of 1956 initially funded construction of the nation's interstate highways. Funding continued until 1996, when the originally-planned network was near completion. State governments received the bulk of the funds, owned the interstate highways, and awarded contracts to the private sector to construct the segments that lay within their boundaries. President Eisenhower, recognizing the capacity of a highway system to unify the country, said of the project, 'Together, the uniting forces of our communication and transportation systems are dynamic elements in the name we bear: United States. Without them, we would be a mere alliance of many separate parts.'"

Today, in a speech whose language clearly positions the FCC apart from Copps' clarion call of the previous year, in a speech to the National Association of Regulatory Utility Commissioners (NARUC), Chairman Julius Genachowski proposed a somewhat different vision of America's broadband future. That new vision is just as lofty, in many regards, but without emphasis on the public/private partnership that Copps foresaw: a coalition of major and minor telecommunications companies, with federal agencies empowered by funds from the just-passed Recovery Act.

No clearer signal of the new FCC's separation from the idea of including private participation was made during Chairman Genachowski's speech than his blatant dismissal of Copps' key interstate highway analogy, as inappropriate for the times. 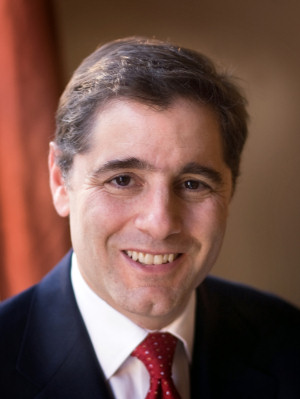 "Building world-class broadband that connects all Americans is our generation's great infrastructure challenge," the Chairman told the audience of state public utility commission members. "Some compare high-speed Internet to building the interstate highway system in the 1950s. It's a tempting comparison, but imperfect. In terms of transformative power, broadband is more akin to the advent of electricity. Both broadband and electricity are what some call 'general purpose technologies' -- technologies that are a means to a great many ends, enabling innovations in a wide array of human endeavors. Electricity reshaped the world -- extending day into night, kicking the Industrial Revolution into overdrive, and enabling the invention of a countless number of devices and equipment that today we can't imagine being without. Now in the 21st century, it is high-speed Internet that is reshaping our economy and our lives more profoundly than any technology since electricity, and with at least as much potential for advancing prosperity and opportunity, creating jobs, and improving our lives."

In the national broadband system envisioned by the then-Republican-led Congress in 2005, a national licensing system would enable service providers that do business on a national scale, such as Comcast and Verizon, to obtain nationwide licenses that would bypass the existing system of municipal licenses -- the system that NARUC represents. Somehow, some senators suggested at the time, municipalities would still be compensated, though it was unclear how. As incentive to compel service providers to choose national over municipal licenses, Republican senators including Ted Stevens (R - Alaska) envisioned a kind of waiver that would enable providers to charge different fees for different tiers of service. It was Democratic opposition to this proposal that triggered the current "net neutrality" movement in this country.

Certainly, Chairman Genachowski was playing to his audience today. But the picture he painted for the rest of the world was of an American broadband Internet system that is effectively a magnification of the present system, where municipal regulators maintain their authority and the federal government basically funds the launch stage of the effort. He even chided current private initiatives in broadband deployment as being ineffective:

"The fact is, and our broadband record shows, that despite significant private investment and some strong strides over the last decade, America's broadband ecosystem is not nearly as robust as it needs to be. Right now, the vast majority of Americans don't have broadband fast enough to take advantage of remote video learning or diagnostics. Right now, roughly 14 million Americans do not even have access to broadband. Right now, more than 100 million Americans that could and should have broadband don't have it. Because they can't afford broadband, don't know how to use it, or aren't aware of its potential benefits."

Only toward the end of his speech did Genachowski specify the role he envisioned for private investment: literally, as a backer of public service messages: "to increase Internet adoption, and ensure that all children can use the Internet proficiently and safely -- with programs like [the National Cable & Telecommunications Association's] new A+ program playing a helpful role."

Already delayed once by factors such as AT&T's request for a date certain when the wireline telephone network (yet another major US public works project) may be shut down, the national broadband plan is now expected to be delivered to Congress by March 19.